Who's Who in the Cast & Crew 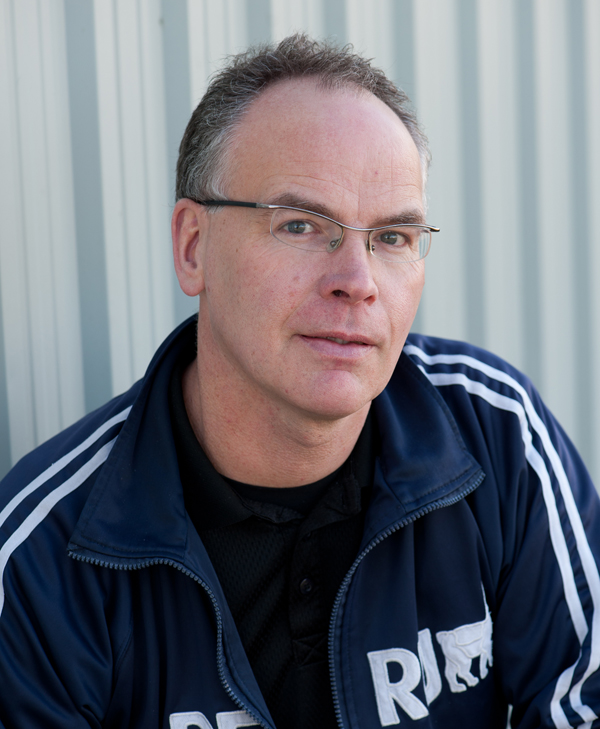 Grant is making his acting debut with Gallery 7, through the gracious opportunity given by Jessica (Director) and Maria (Stage Manager). Grant works as a youth worker at a school for students with anxiety and learning challenges, and also works part time as an extra in the film and television industry. Grant resides in Abbotsford with his wife of 21 years (Angela) and their three teenage boys (Isaiah, Samuel, Ezra) and thanks them for their support and patience. This play challenges not only your thinking but also your beliefs, and a great lesson for us all. "Alone we can do so little, together we can do so much." - Helen Keller 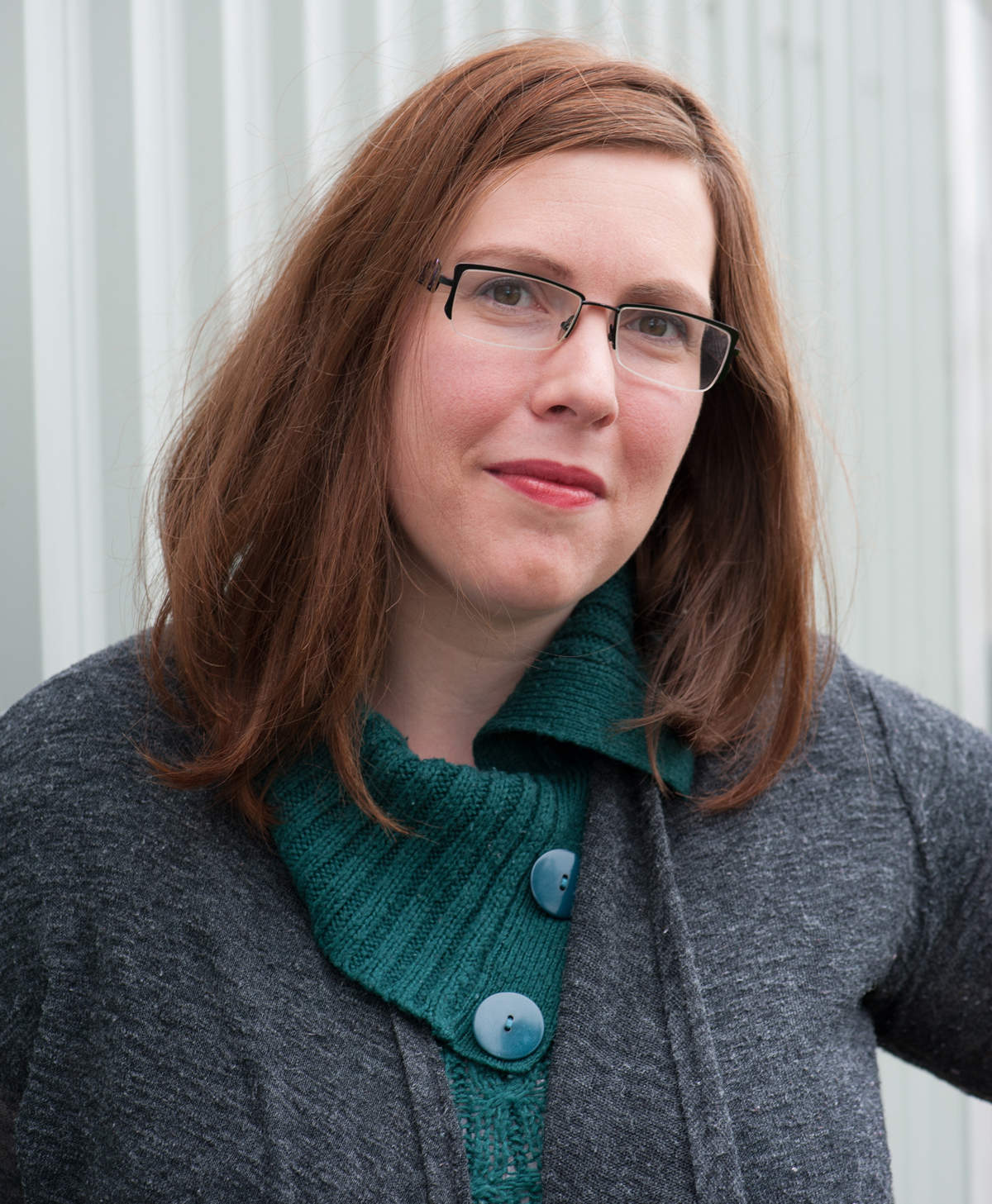 Charlene is excited to be back on the Gallery 7 Theatre team as production manager this season. A graduate from TWU's theatre program (B.A), she has worked locally for the past decade.Some highlights include Lottie in Enchanted April (Gallery 7), sound designer for Treasure Island (Theatre Junkies Anonymous), co-producer/co-director, Two Rooms (Working Title Factions), stage manager Armed (Xua Xua Productions), and stage manager for The Quarrell (Pacific Theatre). She would like to thank her long suffering husband and two brilliant offspring for allowing her to chase hard after her dreams. 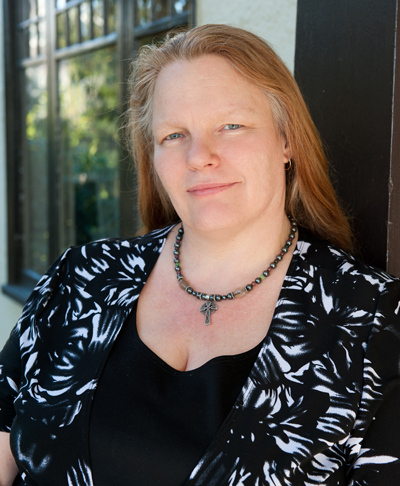 Once Maria naively told an artistic director “if you ever need a hand call me.” Several jobs later, she found herself as Pacific Theatre’s resident kitchen wench, and occasional props mistress/stage manager/stage mother. From there she met many great people and launched into things like: The Rocky Horror Show (DSRP/Blue House), Brilliant Traces (Moonlight Monkey), Hedwig and the Angry Inch (Hoarse Raven), Mental! The Musical (Midas and Lilybee), Storytelling Our Lives (Puente Theatre), and Evil Dead The Musical (DSRP). Theatre being more of a life than a living...Maria supports her theatre habit with a job as a psychiatric social worker…similar to stage management actually. 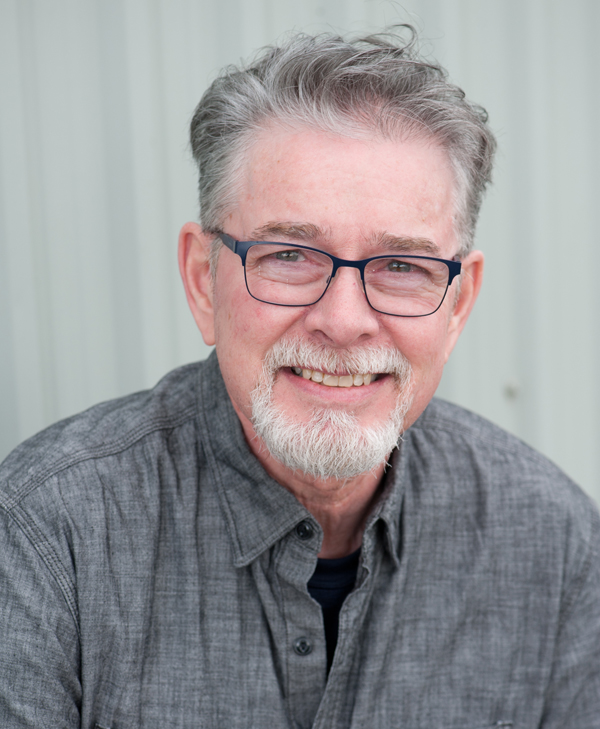 Walt is very happy to be back on stage after being away for a few years. Being part of a great cast is very exciting, especially telling a story that will truly touch your soul. Meeting talented fellow actors is just one of the many positives there are in doing live theatre. Walt has done a variety of roles over the years including singing and even a little dancing. This is Walt’s second production with Gallery 7 Theatre having played the Rabbi in Fiddler On The Roof. Walt really hopes you enjoy the show. 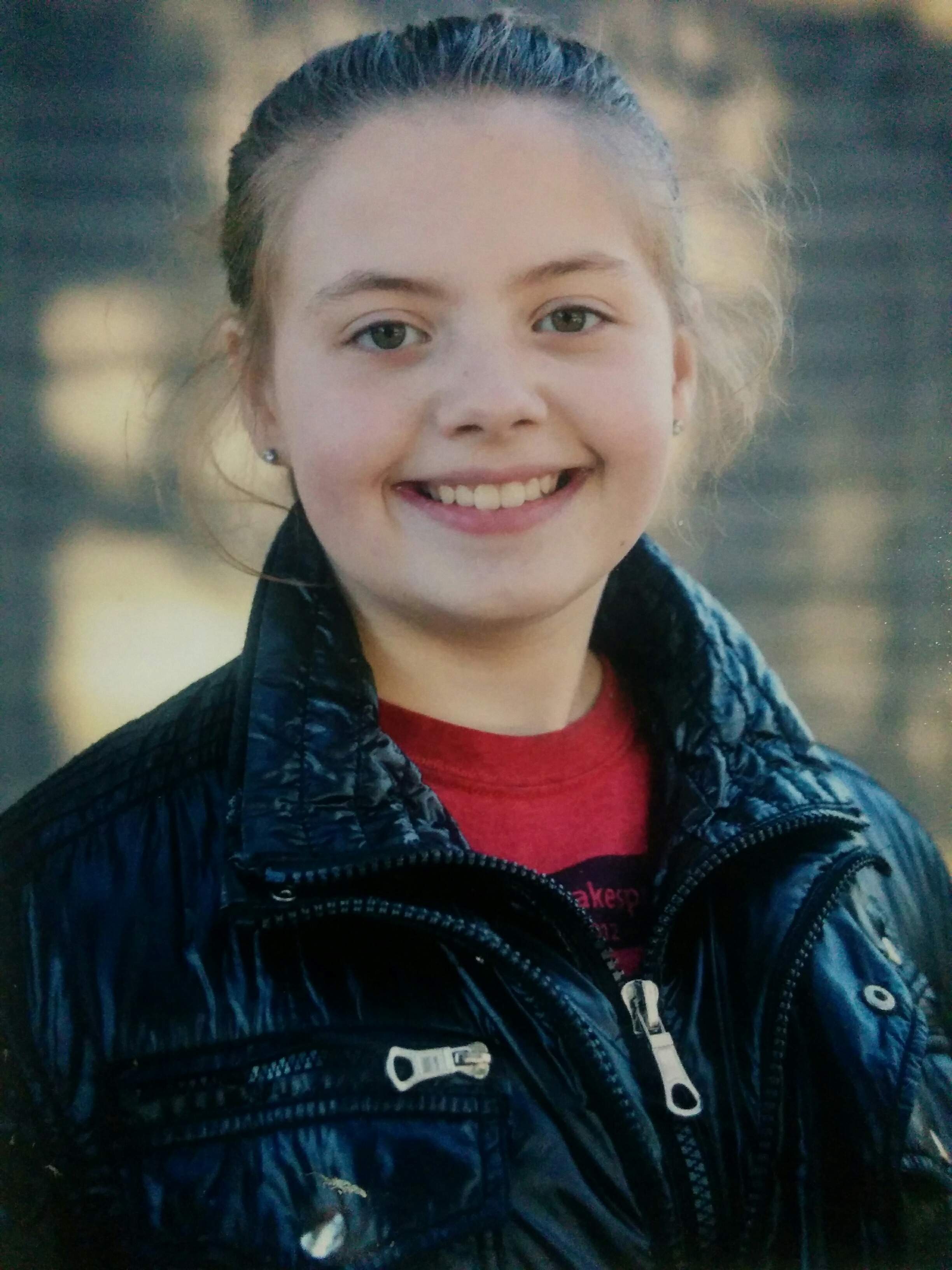 Aeron is thrilled to help out her father as fight assistant. She is also an aspiring actress. Other credits include Young Jane in Jane Eyre: The Musical (TWU), Cobweb in A Midsummer Night's Dream (Shadows & Dreams), G'Nigel the Gnome in Sword in the Stone (RCTC) and Judy in Pele: Hawaiian Myths and Legends (ABC Let's Act). 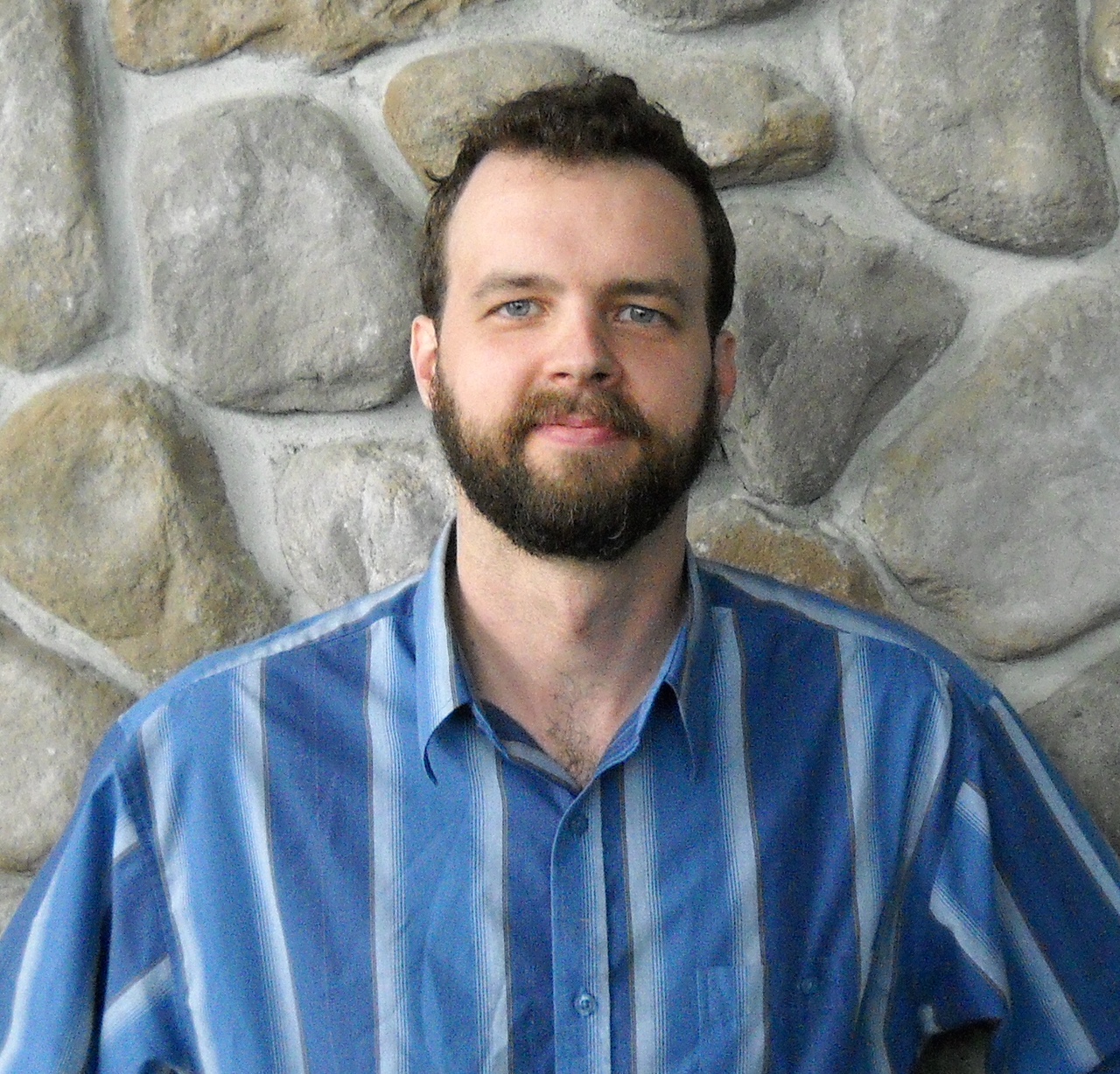 This is Stephen's debut working with Gallery 7, although he is no stranger to the stage. Splitting his theatre time between acting and stage combat, he has been quite busy of late. He is currently performing in RCTC's production of Funny Money, for which he also did the fight direction. He also directed the stage combat in TWU's recent student written and directed New Generations, and their production of Shakespeare's Comedy of Errors. Favourite past roles include Hamlet (Shadows & Dreams), Felix in The Odd Couple (ABC Let's Act), and Buttons in Cinderella (RCTC). 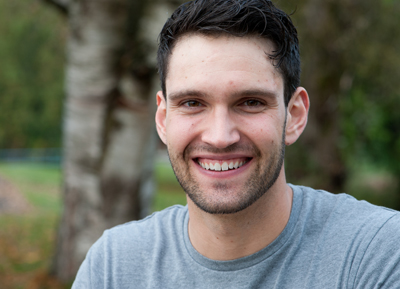 Dustin works as an airport planner in Vancouver and designs sets for Gallery 7 as passion projects. He enjoys crafting the built environment in thematic ways that hold meaning and support a story. Dustin was introduced to set design through Gallery 7's Artistic director, Ken Hildebrandt, who taught Dustin's grade 12 drama class at MEI. Since then, Dustin has designed many G7 shows including The Lion, the Witch and the Wardrobe and The Hiding Place. He hopes to continue to support G7 and their mission to bring quality theatre to the Fraser Valley community for many years to come. 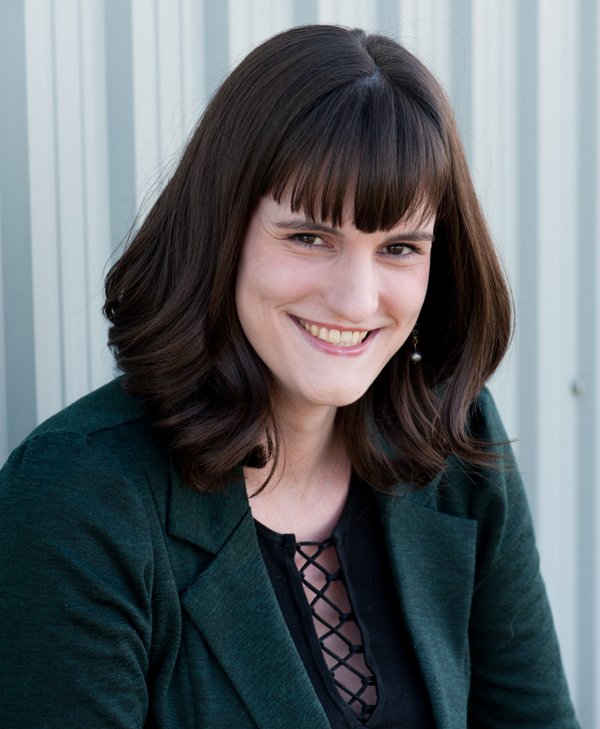 Jessica is honoured to have the opportunity to work with Gallery 7 and such a talented cast and crew to bring this beautiful play to the stage. Jessica studied theatre and literature at Trinity Western University and serves as the managing producer for Dark Glass Theatre. Her recent projects have included directing BlackJaq Productions' world premiere of Throne (Vancouver Fringe), co-producing Trespass: A Storytelling Event in Support of Dark Glass Theatre, assistant directing DisPLACE: Refugee Stories in Their Own Words and serving as Assistant Director and Managing Producer for Dark Glass Theatre's production of Ruined at Pacific Theatre. Jessica would like to thank Maria and Cristin for their encouragement and support. 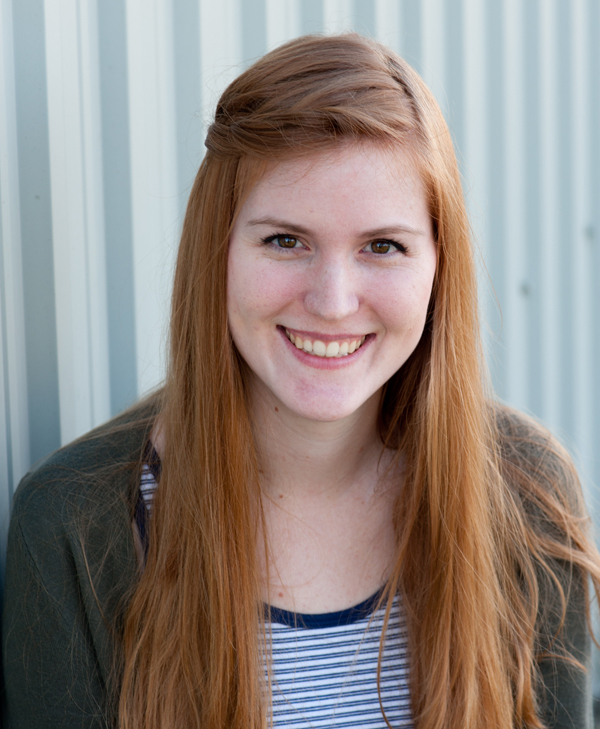 Meghan is thrilled to be working with all these wonderful people at Gallery 7! Recently, she was privileged to play two of her bucket list roles – a mother and daughter – Anne in Anne of Green Gables (Nose Creek Players) and Rilla in Rilla of the Island, (Story Girl Productions). Other select credits include: On the Radio (Heritage Park), An Inspector Calls, Sleeping Beauty, The Wizard of Oz, A Midsummer Night’s Dream, Treasure Island, and The Lion, the Witch, and the Wardrobe (Rosebud Theatre). 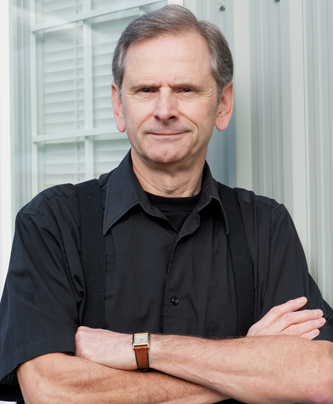 A veteran of over 30 stage productions, Jim was last seen on stage as Alf in Gallery 7’s Peter and the Starcatcher. This is Jim’s second show with Gallery 7, this time as the props designer for a production that presented a unique set of challenges. When not involved with theatre production, Jim plays bass guitar at Eben Ezer Church and enjoys painting landscapes. Thanks to wife, Lonnie, for her support of his passion for theatre. 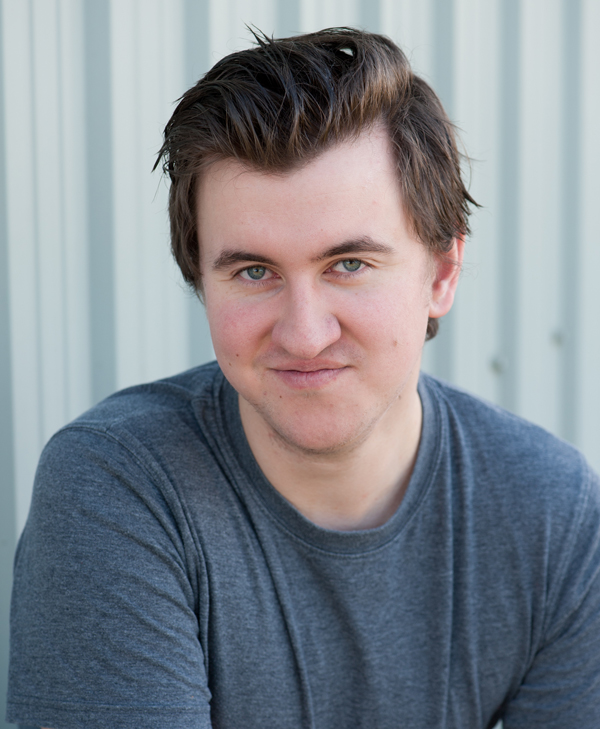 The Miracle Worker is Michael’s second production with Gallery 7 and the fourth since he took up theatre a year ago. Michael has previously been in G7’s Beauty and the Beast as a chorus member, Theatre in the Country’s Arsenic and Old Lace as Officer O’Hara, and Fraser Valley Stage’s The Gondoliers as a chorus member. James has been his most challenging role to date, and he’s had the privilege of working alongside a dozen other talented actors and being under the incredible direction of Jess. Enjoy the show and be moved by this heartwarming production! 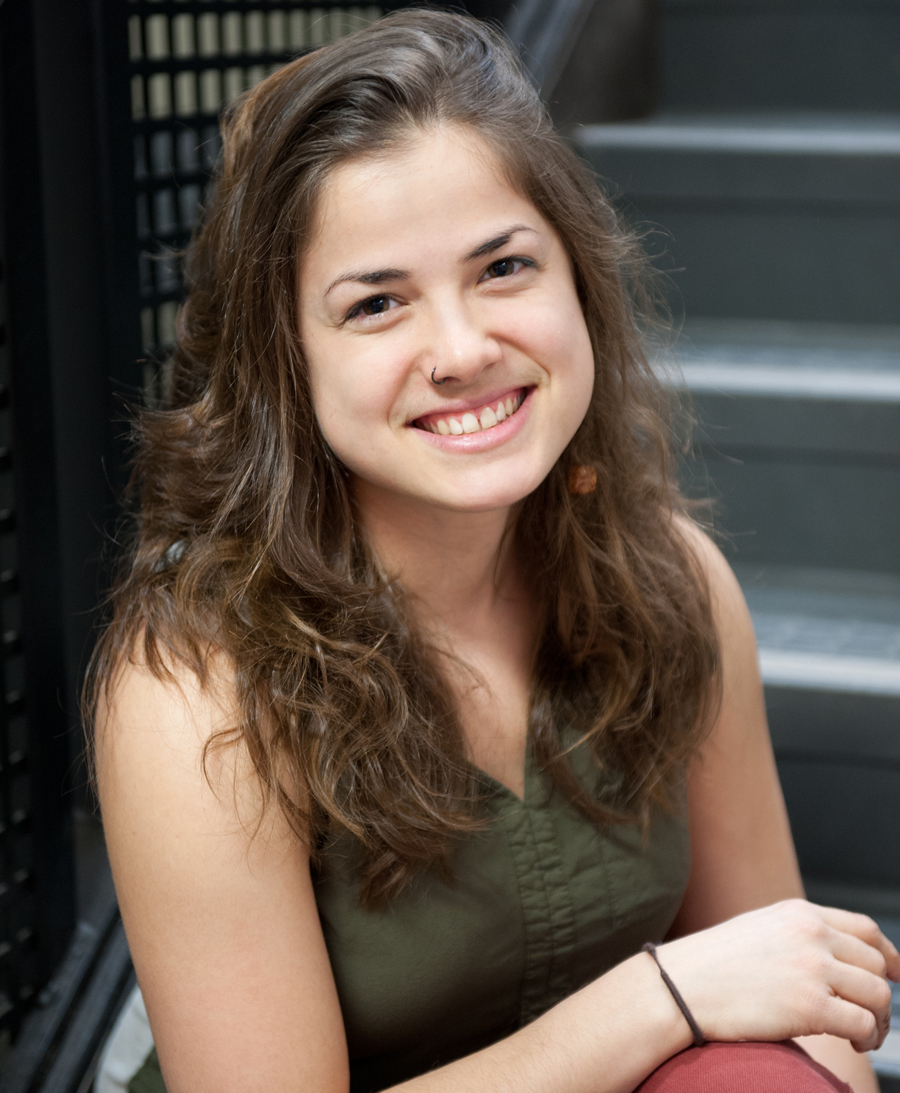 Rebecca has always been drawn to the magic of theater and has taken any chance she can get to work with Gallery7 since recently graduating from Columbia Bible College with a Bachelor of Arts Degree. She volunteered backstage for G7’s Halo, Beauty and the Beast, and Doubt; she also played Fighting Prawn in G7’s Peter and the Starcatcher. Just like Helen, Rebecca finds refuge in nature and small furry creatures. She is incredibly honored to be portraying such a crucial humanitarian influence alongside such a delightful cast & crew! 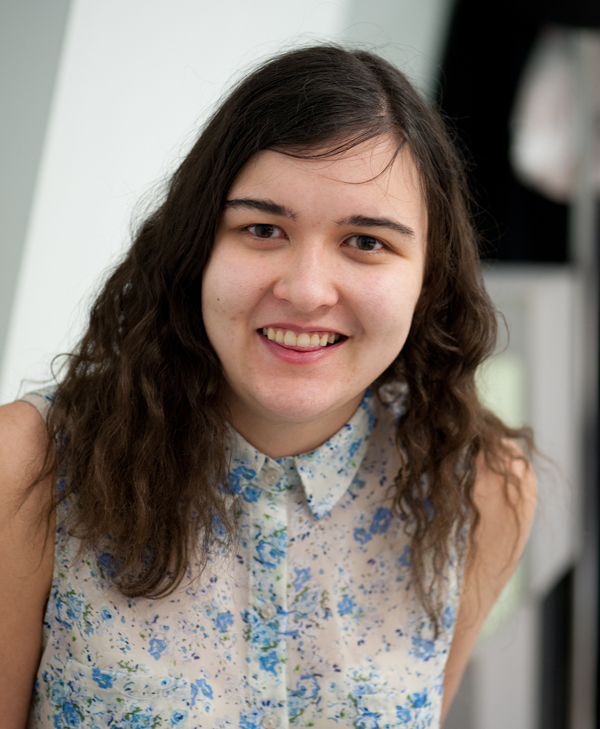 This is Emylee’s second show with Gallery 7, and she couldn’t be happier to be working alongside the fantastic cast & crew of The Miracle Worker. She hopes that audiences enjoy the show, and are inspired by the incredible story that is Helen Keller. 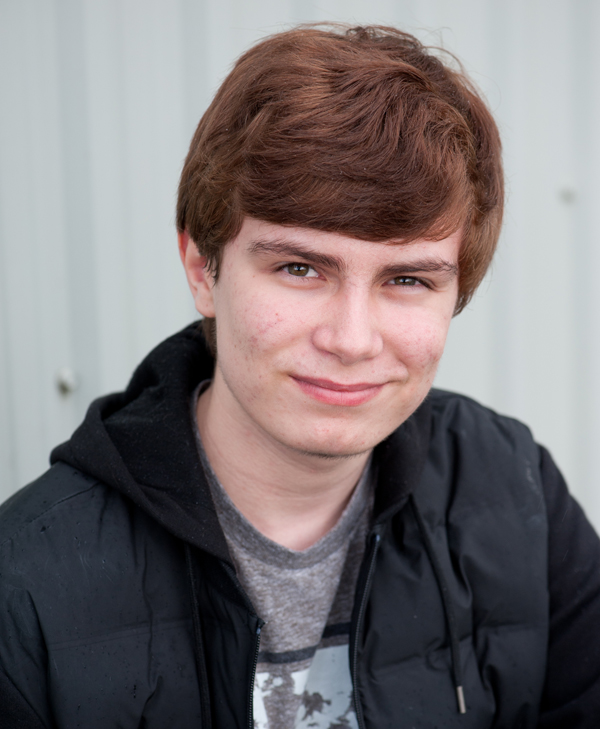 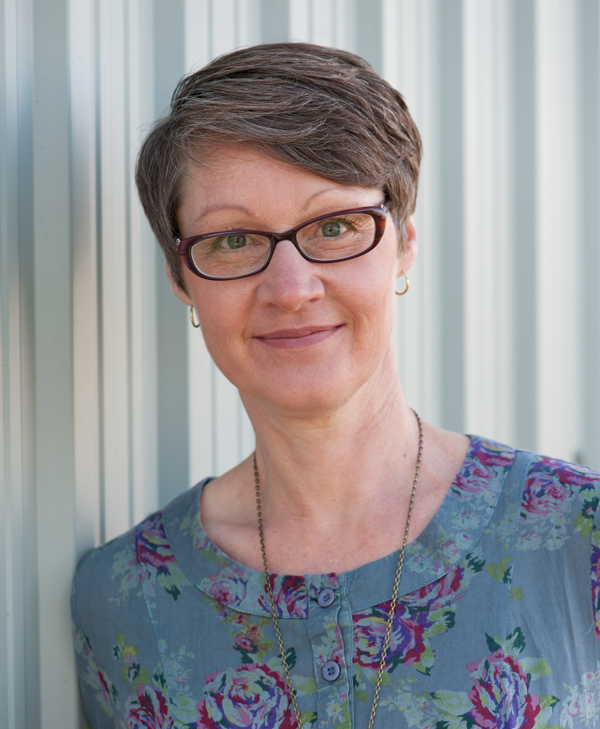 Shannon is thrilled to join Gallery 7 Theatre for the first time!  Upon seeing the 2008 production of in Chemainus, BC, she was deeply moved and inspired to return to the stage a few years later.  Notable past roles include Lady Bracknell (The Importance of Being Earnest), Susan Hendrix (Wait Until Dark), Mrs. Sowerberry (Oliver!) and Donna Lucia (Charley’s Aunt).  Offstage, Shannon enjoys photography, piano composition, and baking muffins.  She thanks family, friends and fellow cast & crew for their encouragement during this beautiful, grand adventure. 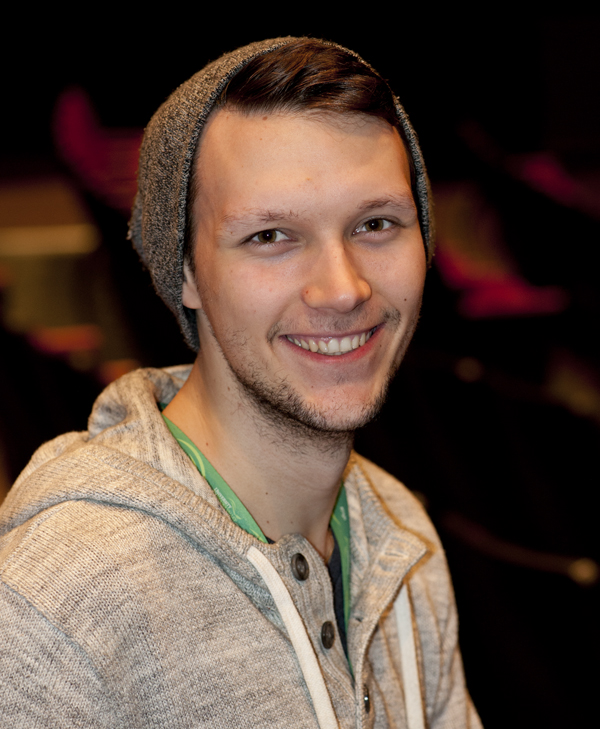 Matthew is a stage manager, director, lighting, sound, projection and set designer working actively in the theatre community in B.C. Matthew has recently graduated from UFV with a BA in Theatre specializing in Design and Production. His full CV can be found at MatthewPiton.com 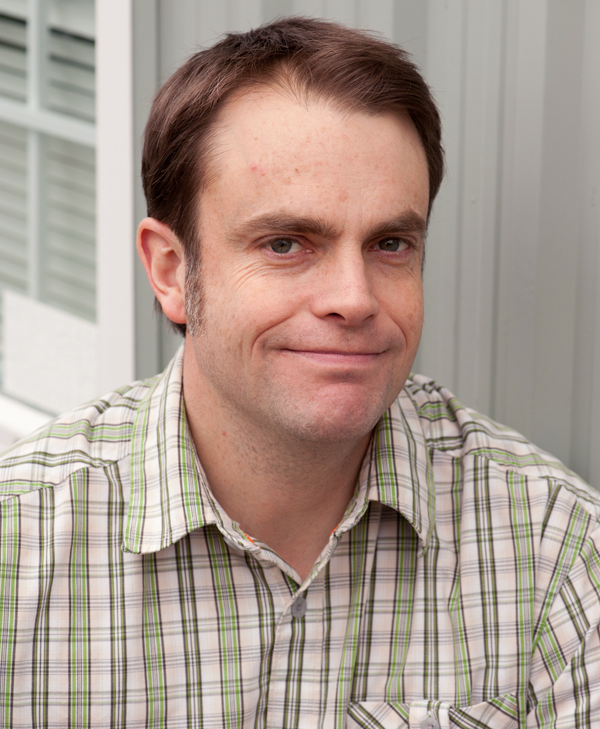 This is Andrew's third set build this season.Every set design is unique and has interesting challenges, and that is what makes it fun! Andrew would like to thank his fellow "miracle workers:" his family for letting him follow his heart, Trevor for volunteering his time to help, and Ken for remembering the chocolate cookies. 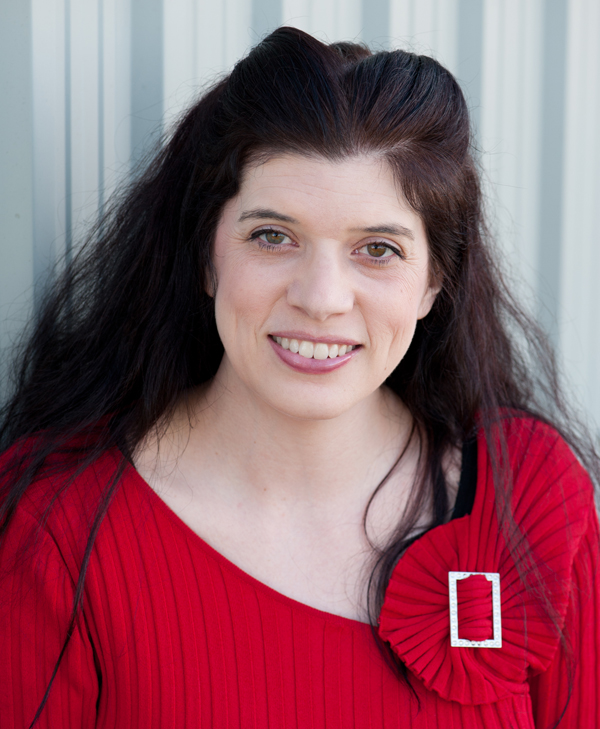 Cristin is thrilled to be working with such a dynamic cast and crew under the excellent direction of Jessica Garden. Past acting credits include The Dining Room (TWU), Problem Child (Pacific Theatre) and she was most recently seen in Trespass: A Storytelling Event in Support of Dark Glass Theatre. Past technical credits include Hedda Gabler (TWU), Last Train to Nibroc (Pacific Theatre), and Throne (Vancouver Fringe Festival). When not on stage,Cristin teaches theatre to young artists and serves on the Jessie Richardson Theatre Awards Jury. 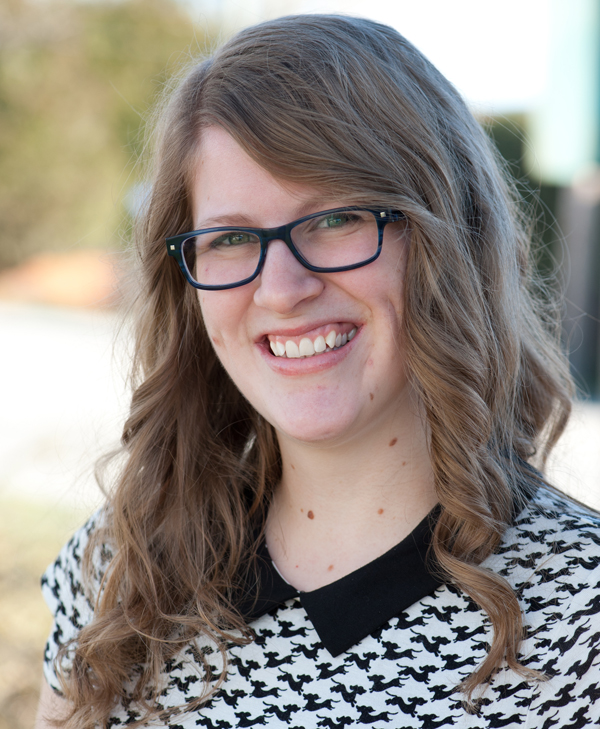 Sheila was involved in theatre productions during her high school years & she enjoyed the atmosphere, the camaraderie & performing. It has been 9 years since her last production & working on The Miracle Worker has rekindled her love for the theatre. When she is not rehearsing or going over her lines, she likes to spend time with friends & family, attend Bible study, play recreational volleyball & tap into her creative side putting together scrapbooks & cards. She would not be able to do this production without the full support of her wonderful husband, David.

Grace is making her Gallery 7 Theatre debut in the production of The Miracle Worker. She has been acting since the age of 8, and is best known for her roles as Sour Kangaroo in Suessical the Musical, and Ethel in The Music Man. Outside of acting, Dylan enjoys singing and gymnastics. She would like to express her gratitude for her wonderful cast and the rest of the Gallery 7 team who have put so much effort into this production. She hopes you enjoy the show! 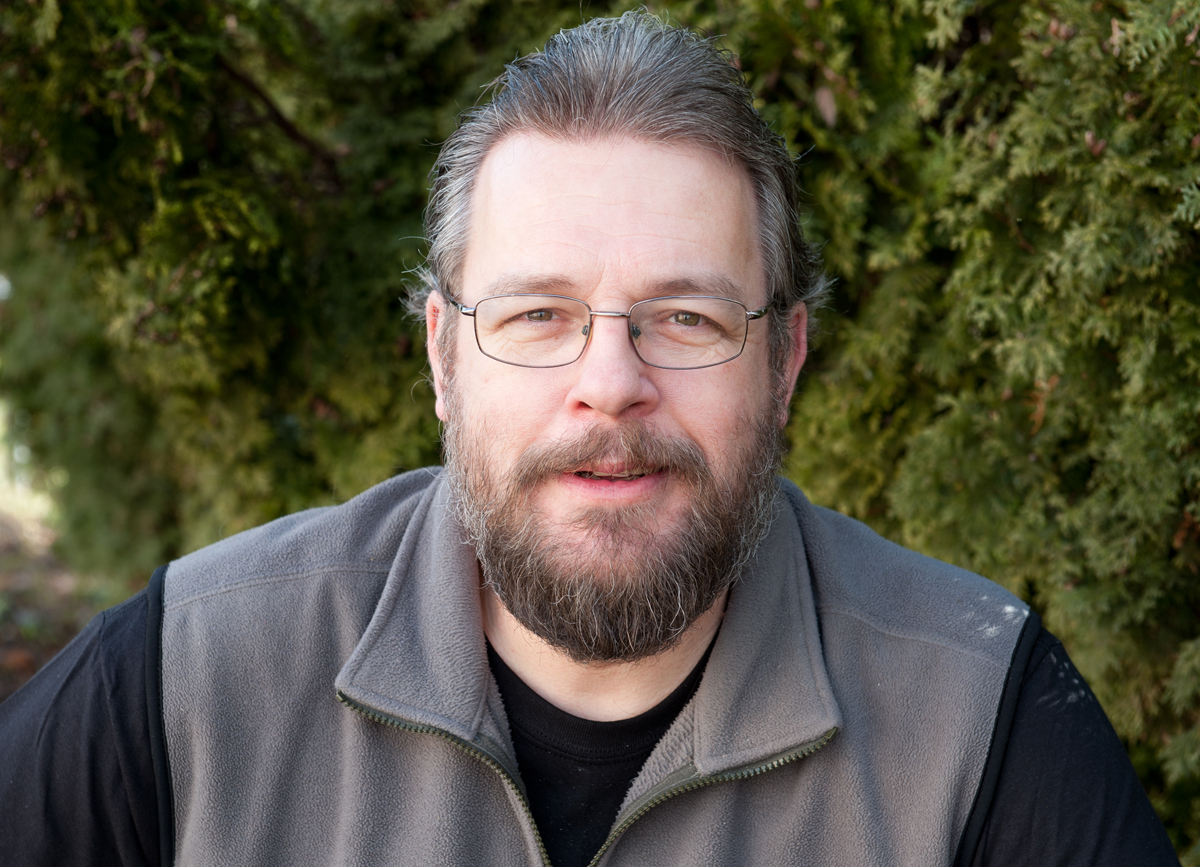 This is Peter’s second production with Gallery 7, having played Maurice in last year’s production of Beauty and the Beast. He is excited to be back for this powerful play. He has also been involved in two recent UFV productions; Argonautica and A Christmas Carol, and a non-musical version of Beauty and the Beast with Theatre Junkies Anonymous. His day job is teaching grade three at Douglas Park Community School in Langley. 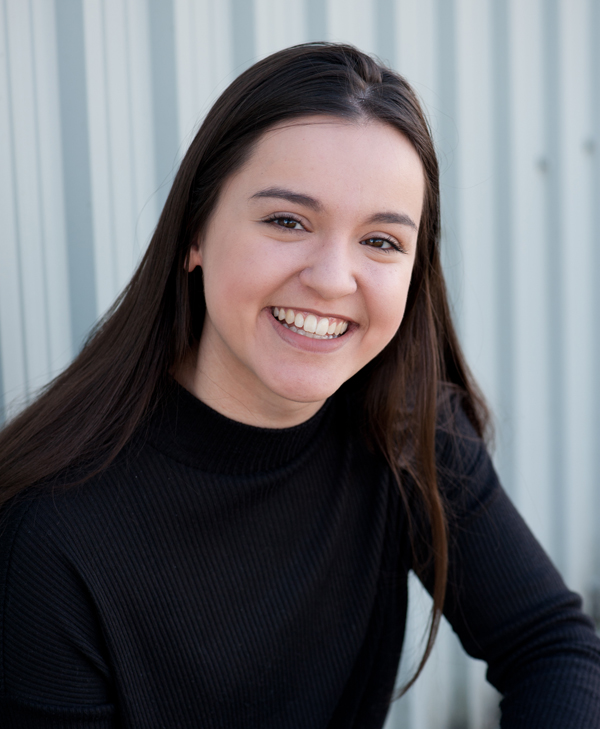 This is Emma's first show with Gallery 7, she has also preformed in other productions such as 9 to 5, Cinderella and The Effects of Gamma Rays on Man in the Moon Marigolds. She is thrilled to be a part of such a talented cast and crew and can not wait for everyone to see this amazing play about hope and resilience. 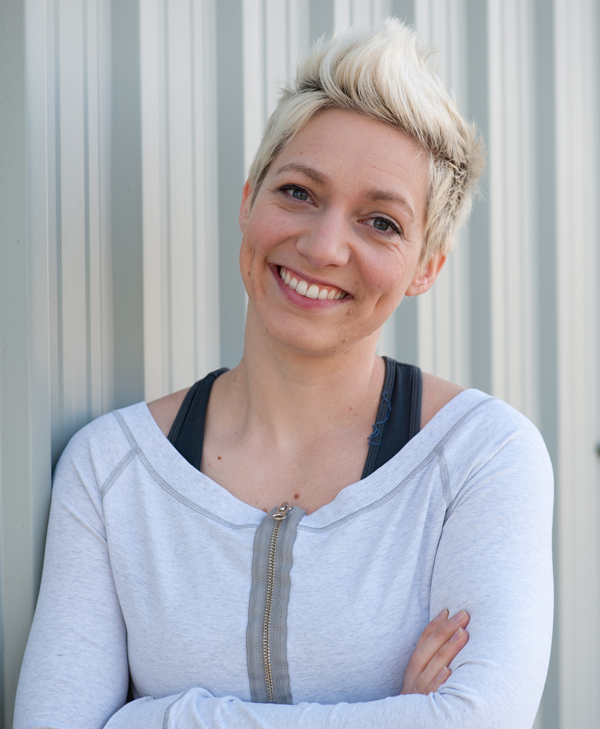 Bethany is a music & production nerd, outdoor enthusiast, and mom of two.  She works as a freelance stage manager and audio engineer for festivals and events across BC, and teaches Sound & Media at Columbia Bible College. 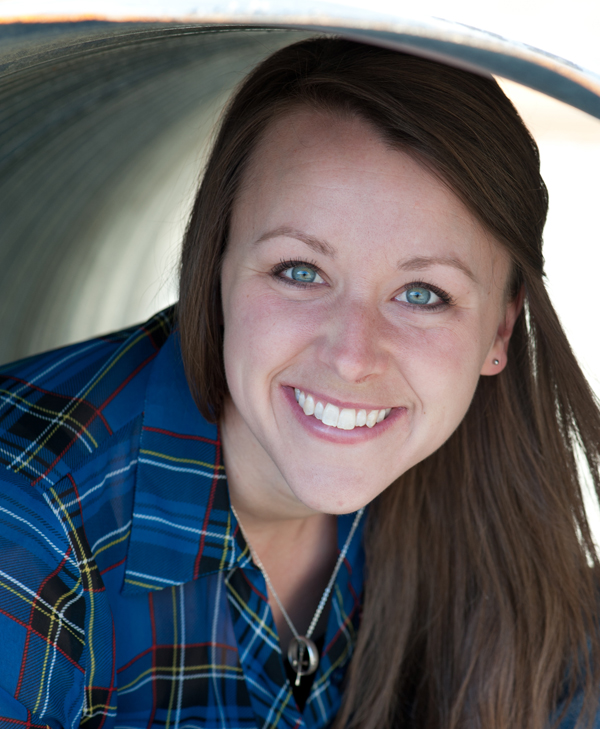 This is Jenna's second time working with Gallery 7, the first time she is helping out backstage as an ASM and the first time that she's been able to wear two hats at the same time for a show. It's been a joy and a privilege to work with this wonderful cast and crew, and she hopes that you enjoy and are blessed by the show! 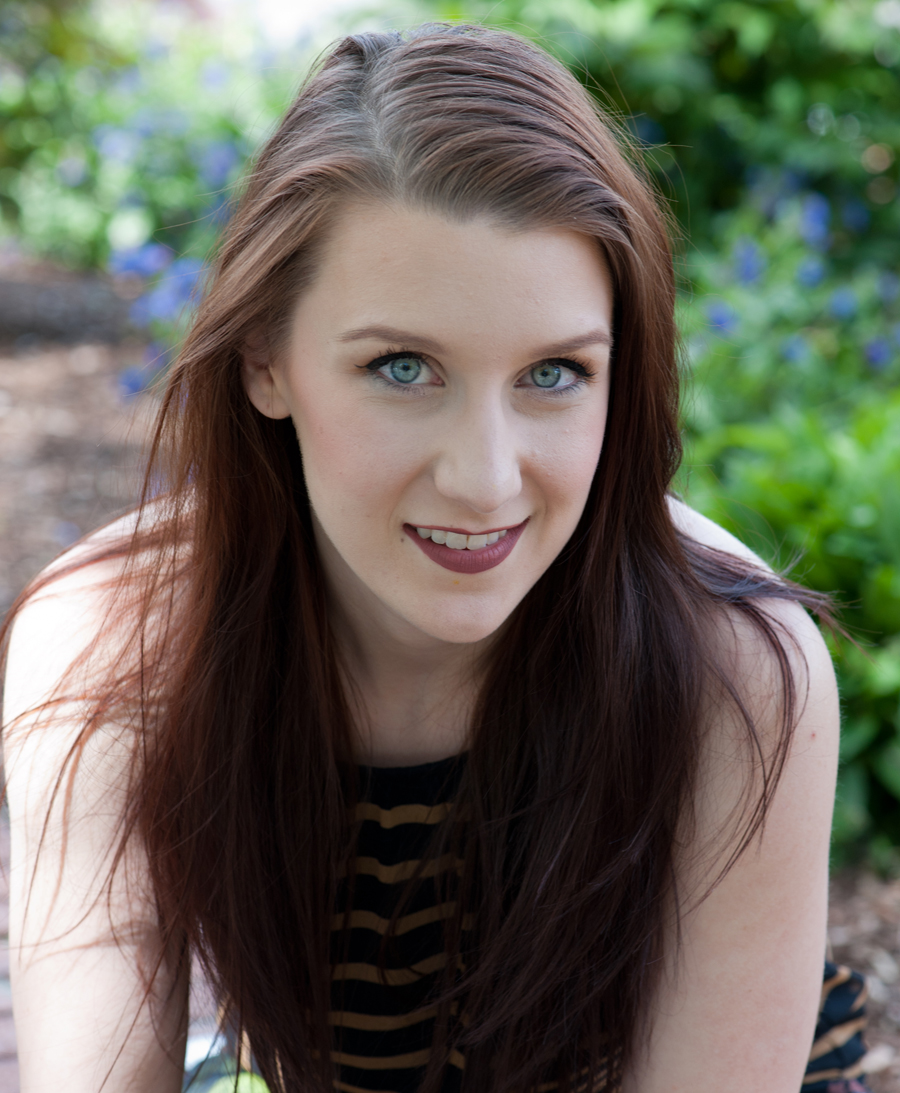 Shelby  is a graduate of TWU with a BFA in Acting. Recent design credits include Enchanted April (set, G7), Frankenstein 1945 (costume, Nebula), and The Trinity Advent Plays (set, TWU). Shelby also appeared on the G7 stage in her own play, It's A Glorious Wonderful Life, in G7's 2017 One Act Play Showcase. Up next, Shelby is creating an emmersive Wonderland for Asking Alice, an interactive piece appearing at rEvolver Festival in June. When she's not trapped in the theatre, Shelby builds costumes and performs for Pacific Fairytales, a luxury children's events company in Vancouver.