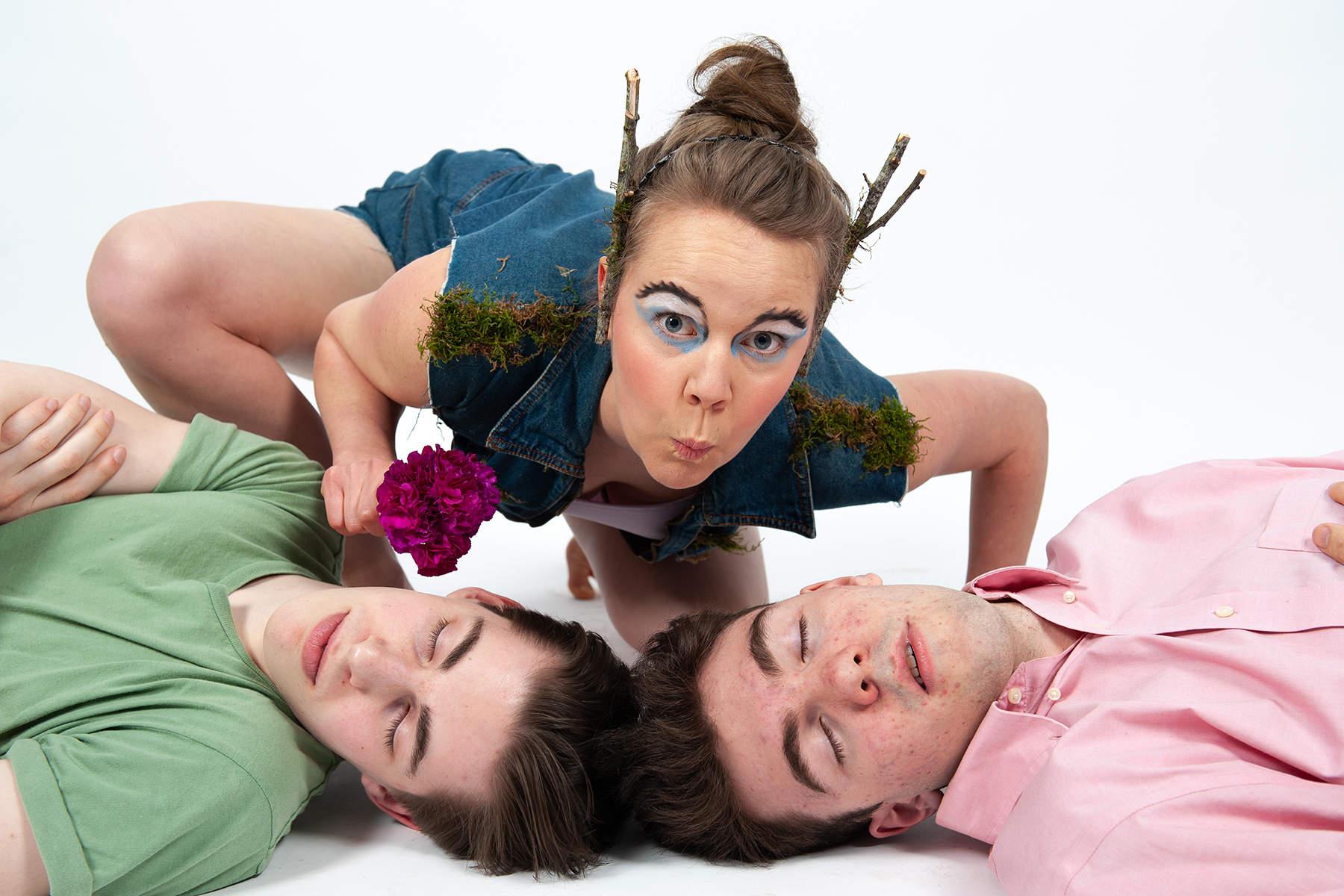 "Come and be swept away": Q&A with Midsummer director, Kate Muchmore-Woo!

A Midsummer Night’s Dream is Shakespeare’s “most popular comedy” - what do you think makes this play so enduring?

There is a spirit-world where the King and Queen are locked in a battle of wills, surrounded by fairies who carry out their bidding. Magical fairy-worlds capture our imaginations and remind us of the time when we were children and believed wholeheartedly in such things. Some of us still do in many ways.

This fairy-world directly influences the mortal world, where we have another male/female rulership undergoing strife, and young lovers being separated by selfishness and willful parents. Once again, things we directly relate to.

And then there are the Mechanicals, a group of lower-class workers who just want to please their ruler and be seen and loved the same as anyone else. Between all of these relationships there are walls: social walls, relational walls, cultural walls, familial walls, self-imposed walls – you name it. All want the same thing though, to be seen and loved for who they really are, and hopefully to reconcile.

All of that is well and good, but Shakespeare was also a master of creating comedy through unique comedic characters; like Puck, the fairy with a good heart who also delights in playing tricks on people, much to our delight! And Bottom, the good hearted Mechanical who protects his insecurities with a wall of arrogance. His egotistical ramblings are punished by being turned into a literal ass, however, and we get to laugh at his antics.

Combine other plots points such as the beautiful fairy queen falling in love with a donkey, two sets of lovers being put under a magical spell so the wrong guys fall in love with the wrong girls, and the Mechanicals earnest rendition of a play they have rehearsed for their Duke (it’s so bad it’s good!), and you have the perfect cocktail for a comedy which lasts for centuries!

Tell us a little bit about A Midsummer Night's Dream. What’s your favourite part of the play?

That’s a tossup between the play the Mechanicals perform for the Duke and the scene where the female halves of the two pairs of lovers are dealing with the guys who have been put under magical spells by the fairies and have switched around who they’re in love with. The lover scene is quite physical and involves a lot of comedic fighting, and the Mechanical’s play is so comically bad (Shakespeare must have had so much fun writing it, making fun of every bad acting trap and language misuse that he could)! Those scenes make me happy in ways I can’t describe!

One thing that directors and designers love about Shakespeare is the freedom it gives to setting and design. Tell us a little bit about the design and the setting of the production.

We have chosen to set this Midsummer in a heightened version of our own time. The rulers of the human characters rule a world defined by political and military strife. We tried to envision a world where political power meets military dictatorship, and if you’re not in the ruling class, you’re a cog in the machine below them. This world is defined by a large wall which looms over everything, including the forest where the fairies live. The fairy world has not lost it’s magic, however, and it’s the fairy-world which will eventually heal the relationships in the mortal world, and for that reason the purity of the forest and it’s magic will be present. There’s a tension between the mechanical and modern world and the natural/environmentally pure world in this design, in the set, costumes, and sound!

How have rehearsals been going so far?

Rehearsals are going well. This cast is really excited to see the show come alive, and they are some of the hardest working actors I’ve ever worked with (everyone at Gallery 7 works really hard and shows immense levels of love and commitment to their productions!). We have a stellar team of designers, administrators, and choreographers all backing up this fabulous cast, and because of that they are rising to the occasion to be as prepared and creative as possible in rehearsal. Pun intended – it’s really a dream!

Why would I tell them that?! Come and be swept away into the magic, mischievousness, and mayhem!