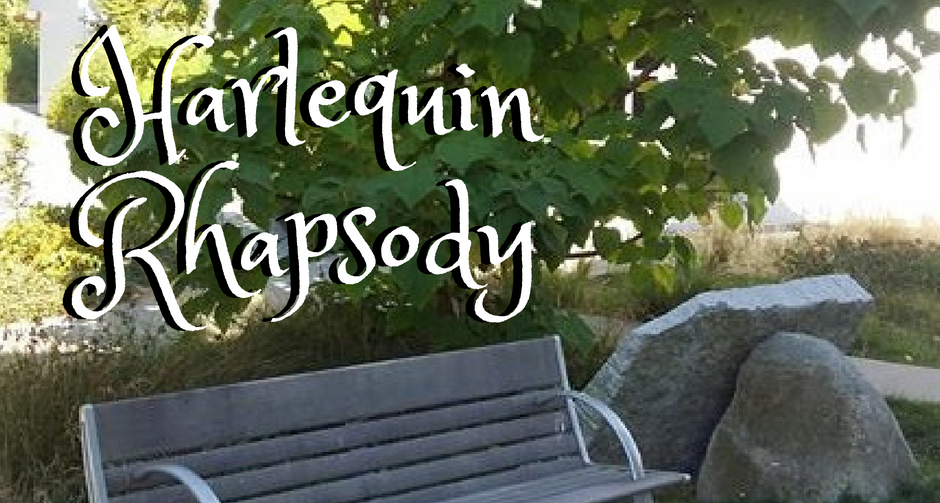 "Ghosts will love it too!": Q&A with Harlequin Rhapsody director, Chris Taylor!

To give you a little insight into the shows, we asked each director to answer a few questions about their shows and the process! Next up, it's the director of Harlequin Rhapsody, Chris Taylor!

Harlequin Rhapsody is a story that I knew I needed to tell as soon as I saw it, I instantly felt a connection between myself and the characters of the play; their struggles, their personalities, and their questions about their place in the world. This is a play that really hit me in the heart, particularly with its questions about legacy and the impact that you leave on the world.
As an actor and director this play gave me a lot to think about in terms of what kind of imprint I'm making on the world and what do I want to say with the art that I produce, the plays I direct, and the personality that I show the world. It's really a play that makes you think and I am so glad that I have been able to explore these questions with my cast and work through the deeper meanings of the play throughout the rehearsal process.

Sofia; who plays our harlequin, is one of the greatest people that I know! They are an immense wealth of talent and have been a major support during the production, even letting us use their basement as a rehearsal space! I am so grateful for them and so glad that I can help bring their great talent, and beautiful guitar skills, back to the stage after so many years.
Kyle; who plays the role of Man is someone who I didn't really know previous to this production, but I am so glad that I've gotten to work with him and get to know him throughout our rehearsals. He has been a insanely hilarious addition to the cast and had brought such an immense amount of power and emotion to the role! I literally could not have done this show without him, and I am so thankful that audience will get to experience him grace the stage once again.

Tell us a little bit about yourself. How did you get involved in theater? Have G7 audiences seen you before?

I have been doing theater ever since I was a wee lad. It all started when I saw a production of Pinocchio and thought to myself “Pfft I could do better than that!” and I have spent over a decade trying to prove just that! I've done a wealth of shows ever since! Gallery 7 audiences may recognize me from Fiddler on the Roof where I played the boisterous Russian Constable or from a number of UFV productions.
This is also my second time in the directors seat, with the first being my production of The Happy Hornbill by Revelly Robinson which I directed in conjunction with UFV's Emerging Directors Festival and their 'Emerge' arts festival last spring. Though I hope to do a lot more both on and off the stage!

Harlequin Rhapsody is a hilarious and heartbreaking show about a harlequin street performer who runs into their ex boyfriend; who reveals that he is dying. It's a fantastic award winning one-act play that has everything that you could ever want! Humor, action, drama, love, heartbreak, life, death, questions, answers, tears, laughter, and it all scored with beautiful live guitar music played by our very own harlequin.

Everything! I am so excited to be apart of this festival! Not only having the pleasure to bring my own beautiful little production to life, but also getting the fantastic opportunity to see all the amazing productions that are taking place! Though I've only heard tid bits about the other shows, I know that it is going to be an spectacular festival and I can't wait to see all the beautiful productions and the amazing talent that resides within the Fraser Valley!

Harlequin Rhapsody is such a heartfelt and enjoyable show and I think there is something for anyone! Especially those who have experienced the hard knocks of life, who has lost someone and has had to continue on with only the memories of them, and any one who has wondered about their place in the world and whether they really matter.