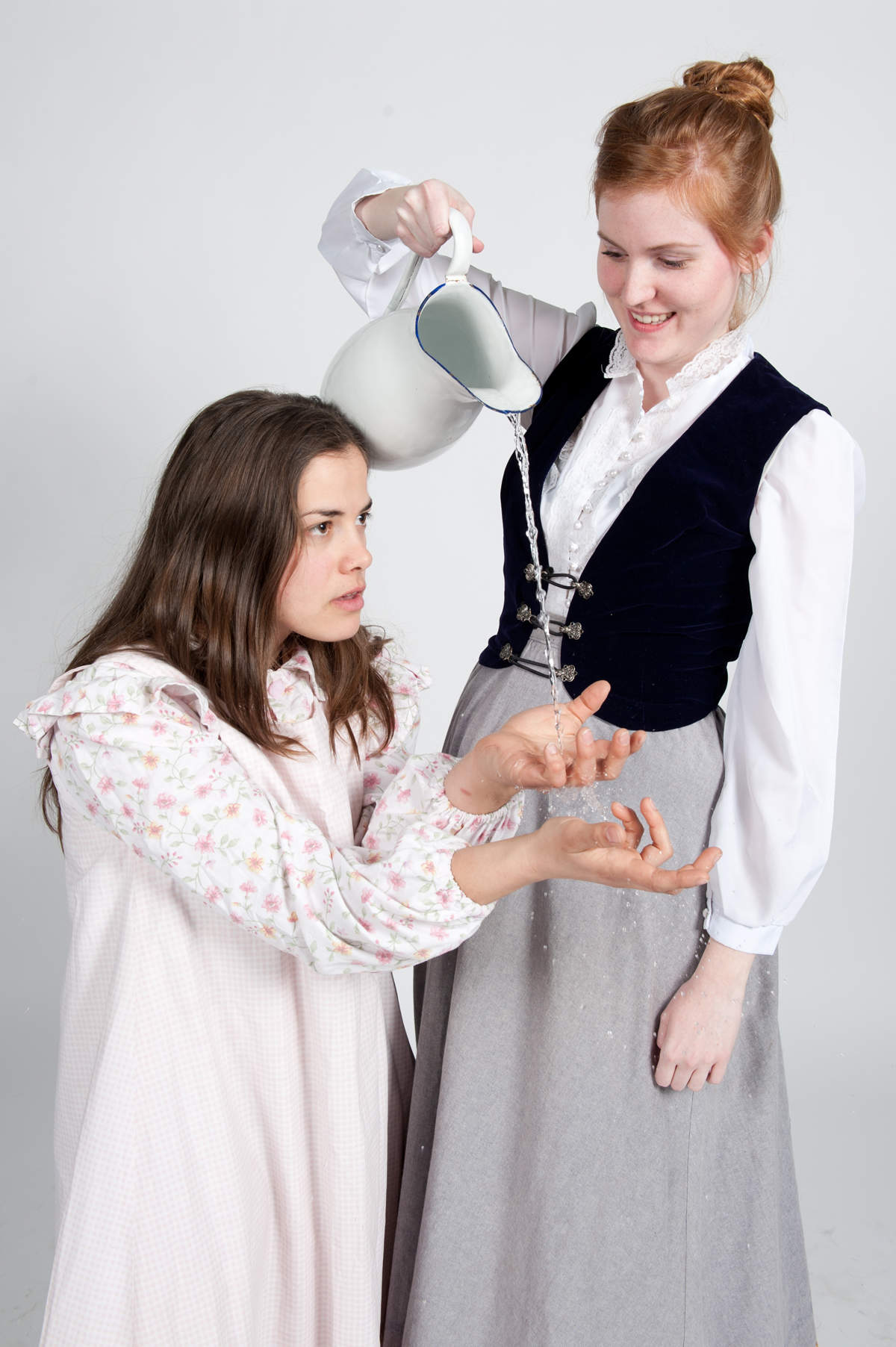 Largely in Simplicity: the Costumes of The Miracle Worker

My concept for this design is based largely in simplicity. I hate going to see shows and either feeling like I am just
watching a glorified fashion show as the actors change into new, bright elaborate costumes each scene, or where an attempt has been made to get across a “period” look, without resources to make it fully historically accurate.

In my design, I anticipate each character will have one (maybe two) main looks and changes in time of day or of a character’s state of being will be communicated by the change or various accessories.

[Jessica Garden, the director,] and I discussed this idea that the Keller family is, in a way, haunted. That Helen is a specter of sorts, wailing through the house in her attempts to communicate. With this is mind, I will be playing with a lot of dark, muted colours, contrasted by a few bright splashes on Annie, with brightness building as the story moves forward. 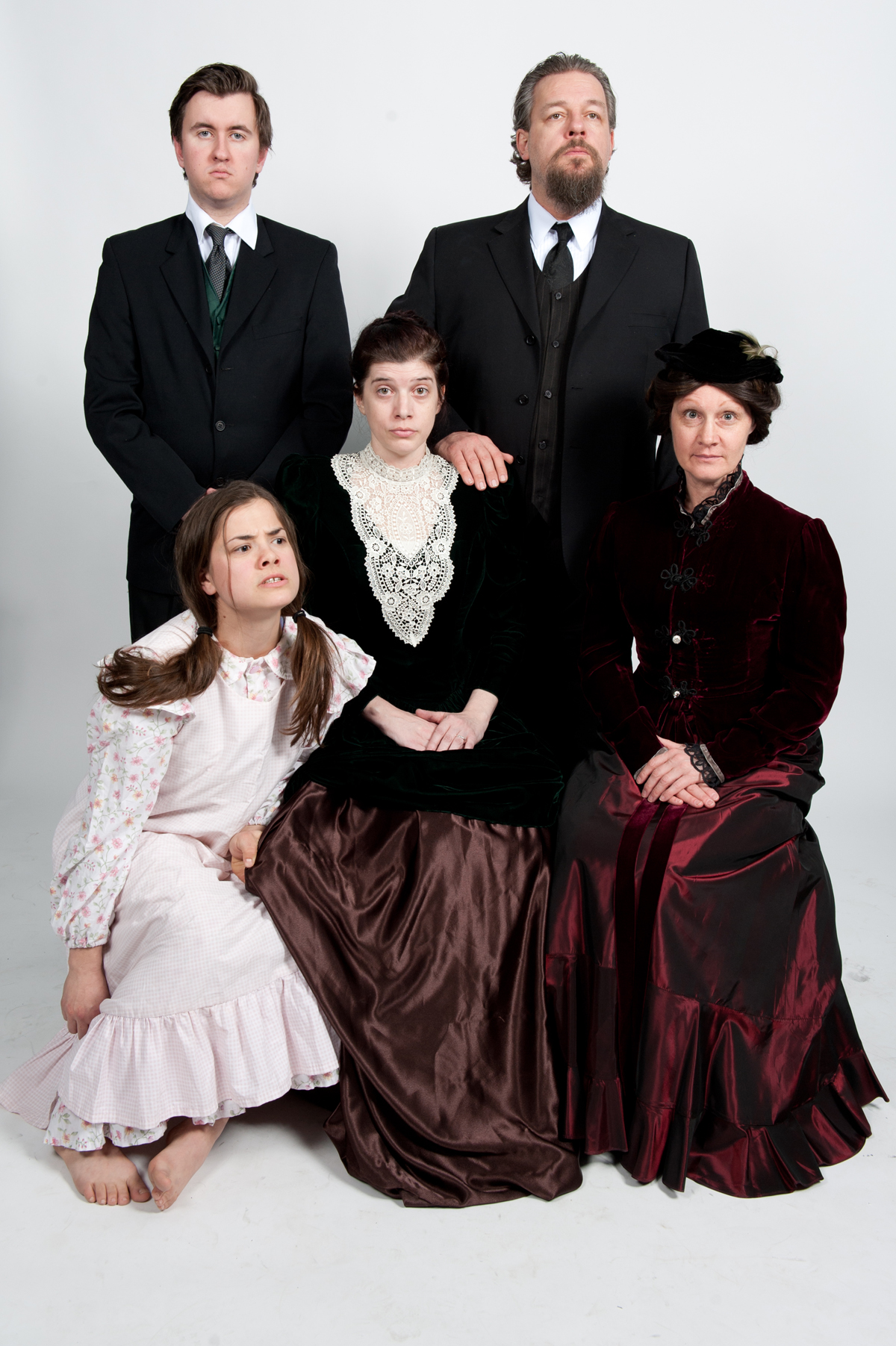 Something I am discovering as I create my own stories to further understand the world of the play is that many of these characters have a nature that they revert further into as they attempt to cope with Helen’s reality. Captain Keller leans on the set structures that make him secure, James seems to take comfort in his perception of his own intelligence thereby becoming a pain. Kate draws into herself, finding her own strength there but also great sorrow. I want to do all I can to make these internal shifts apparent in the characters’ appearance. 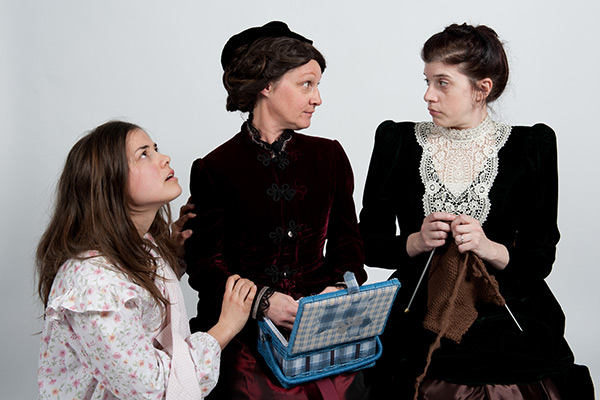 Jess and I discussed the idea of Helen being like an unrestful spirit living in the house, haunting the Keller family. I love this idea because much of the time when we read ghost stories, the spirit is not be nature malevolent, rather it stikes out in an attempt to communicate, growing more violent with each failure to be understood.

In my mind, Helen is like a little Banshee desperately trying to make her screams heard. With this in mind, I want to dress her in cool grey, white and blue tones. She is barefoot at all times; touch is the only way she can interact with the work around her so she wants to be able to explore with her toes, her fingers, her knees, every bit of skin she can keep exposed. She will wear simple dresses, children’s dresses that aren’t frayed or ripped but have almost always had something recently spilled on them.

The costumes will likely be a more simplified version of what would be historically accurate. This was an era of tight
corsets, bustles, bright colours, big sleeves and elaborate accessories. I will be attempting to stick more to the structure, the cuts of the clothing of the era, without letting the more expressive elements of the fashion of the time distract from the story we are attempting to tell.

I hope you enjoy!