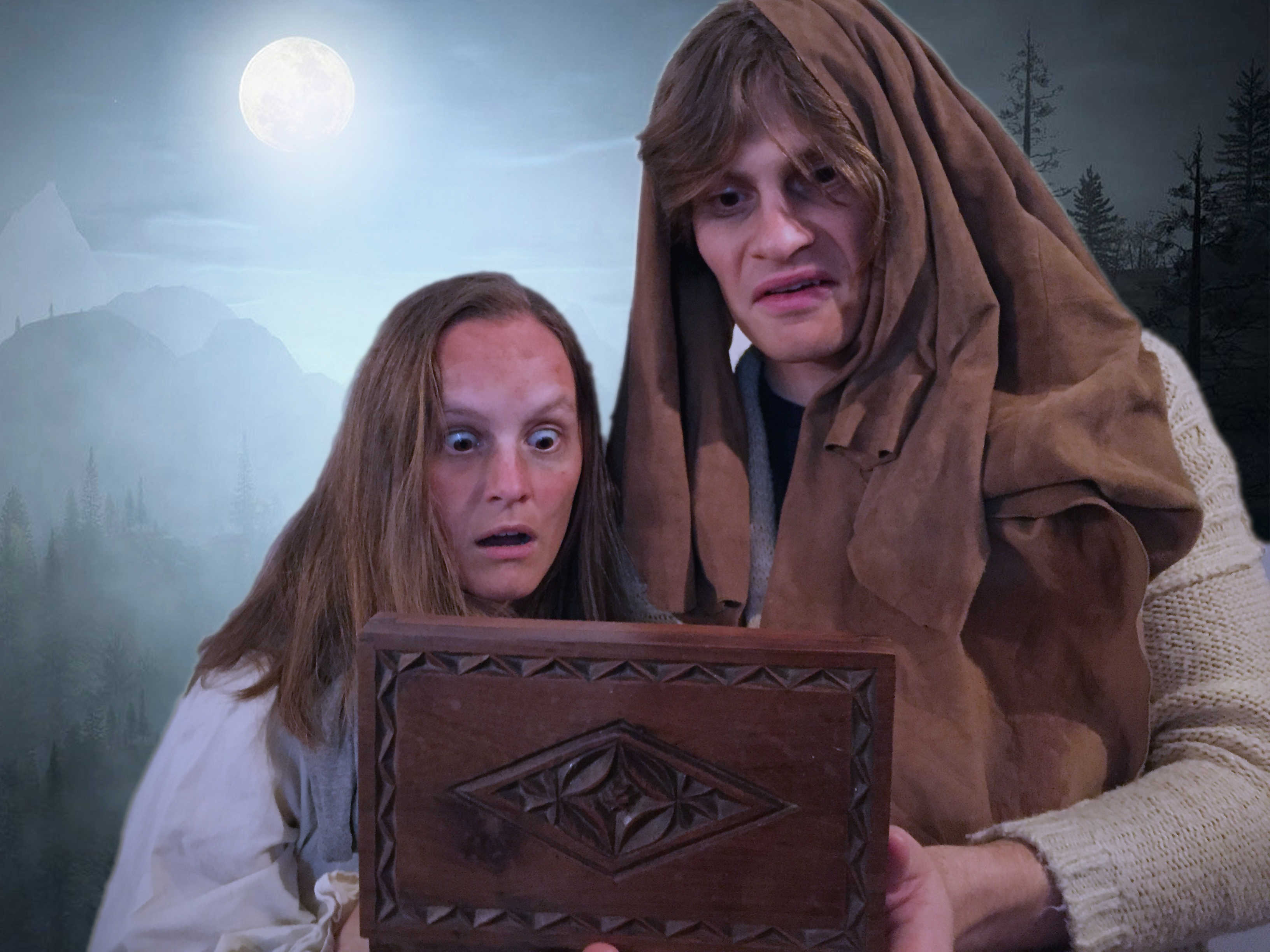 A new showcase of short, one-act plays about life, love, faith, the year 999, Joan of Arc, Katherine Hepburn, and much more is coming to Abbotsford’s MCA Auditorium from October 18–21. Produced by Gallery 7 Theatre, the inaugural One-Act Play Showcase features the work of emerging and established directors and performers from Abbotsford and around the Lower Mainland.
“I love the one-act format,” says Ken Hildebrandt, Executive Artistic Director of Gallery 7. “Concise storytelling, focused attention on character, heightened theatricality… the one act provides for an invigorating theatre experience that is exciting and unique. Audiences will experience something different, something edgy, something great.”
First up, A Number on the Roman Calendar by David Johnston and Frank Amends by Halley Feiffer are being directed by Gabriel Kirkley. In A Number on the Roman Calendar, Will and Margery sit on a hill, waiting for the end of the world on December 31, 999. It is very cold. They’re out of turnips. Then the Pope shows up. This short comedy explores faith, riches and the idea that the poor shall inherit the earth. In Frank Amends, Doctor Frankenstein is waiting for a visit from his old pal, Frankenstein's Monster (Frank for short), after a long and painful separation. But things are a bit different since the old days. On this fateful night, Frank has returned to make his formal Ninth Step Amends as part of his recovery program in Alcoholics Anonymous. Both plays will run as a double-feature on Oct 18 at 7:30pm, Oct 20 at 8:45pm and Oct 21 at 3pm.
Playing in the same group, The Exquisite Hour by Stewart Lemoine, is directed by Sue Backs. During a late summer afternoon in 1962, Mrs. Darimont has boldly infiltrated the backyard of Zachery Teal to ask for an hour of his time. This heartfelt, funny, and touching play has performances October 18 at 8:45pm, Oct 20 at 7:30pm, and Oct 21 at 4:15pm.
In Forward to the Right by Lily Ann Green, Joan of Arc is denied a rosary, a cross or any form of service, but her sympathetic guard arranges for her to receive her last rights. With that decision, he is imprisoned and refuses to acknowledge her powers of witchcraft. Directed by Ryan Scramstad, this winner of the Best Original Play Award at the Ontario One Act Play Festival has performances Oct 19 at 7:30pm and Oct 21 at 1:15pm and 7:30pm.
Finally, It’s a Glorious, Wonderful Life by Shelby Wyminga is directed by Elizabeth Drummond. After the closing credits of It’s A Wonderful Life, Ethan meets Gloria, a woman brimming with life and possibility, who breaks up his night of solitude and sweeps him into a world of longing, dreaming and dancing. Coming off a run at the Vancouver Fringe Festival, this new play has performances Oct 19 at 8:45pm and Oct 21 at 12pm and 8:45pm.
“I’m super-stoked to say that most of the shows on the playbill are written by Canadian playwrights or were developed in Canada,” says Hildebrandt. “I’m also super-stoked to say that one of the shows, It’s a Glorious, Wonderful Life, is a new play written by a local playwright and enjoyed a great run at the most recent Vancouver Fringe Festival. All of the shows will feature the work of emerging and established directors whose work you’ve not yet seen on our stage, and we’ll introduce you to some new performers from through-out the Lower Mainland."
Tickets are $10 for each play, or $35 to see all four, and can be purchased online at gallery7theatre.com or by visiting House of James at 2743 Emerson St, Abbotsford.