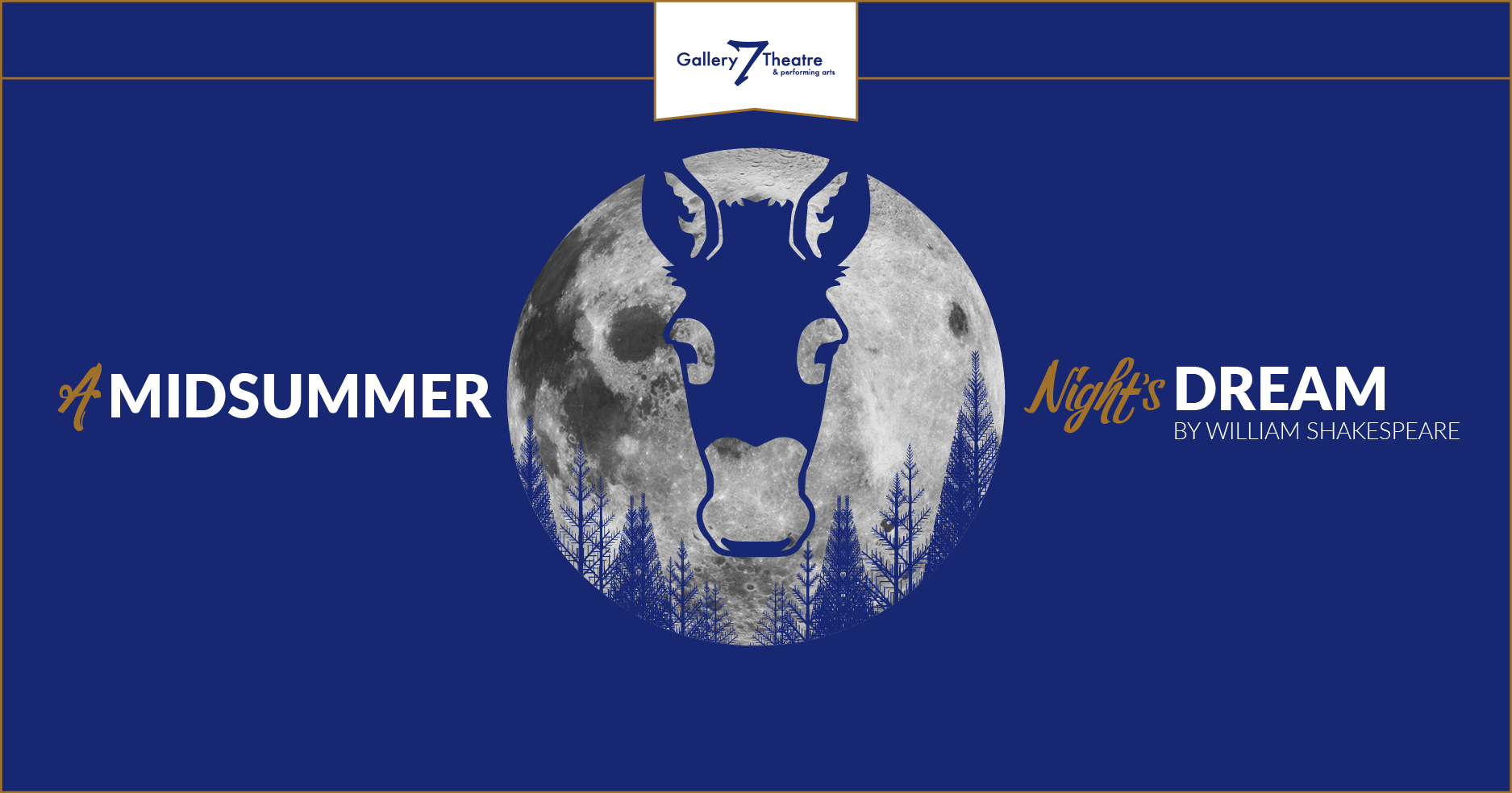 "Our first Shakespeare": Ken on A Midsummer Night's Dream

Gallery 7 has never done a Shakespeare before! What’s up with this 17th century playwright?

How can you do a season of classics with out doing a show by one of Western European’s great literary juggernauts? Up until recently, I had been reluctant to tackle a Shakespeare production, mostly because you have to approach preparing one of the Bard’s shows much like you would a Broadway musical. You have to learn the language, both in terms of meaning and in rhythm & rhyme, as well as the combat sequences, and the dances and songs if it’s a comedy.

His plays are very dense: they are driven by character, language, plot, theme and spectacle in equal parts. That’s a lot to unpack when you’re rehearsing a show. You need to do a lot of research and you need a longer rehearsal period to sort everything out.

To do Shakespeare well, you can’t just get up on stage and start acting. That’s not a negative – it just means you need lots of time and you need to invest a lot of effort. We’re not a company with unlimited resources so I didn’t want to bite off more than we could chew.

Over the years, though, we’ve gained a lot of experience in presenting larger musical productions, and that made me think that we were ready to tackle the wonderful world of Shakespeare. I also saw that there was a gap in Shakespearean productions being done here in the Valley, and so I saw an opportunity to fill that gap.

I love Shakespeare – the stories he tells, the themes he explores, and the language he uses to express those themes, transcend age and time. He shines a spotlight on universal truths that continue to resonate with us today in the 21st century. Obviously, some of his text is dated and we can no longer appreciate or understand some his references but we we cut that stuff out.

What’s left, and there’s a lot of it, is his wonderfully astute understanding of human behaviour. More often than not, I think we recognize ourselves completely in his characters. He’s also very funny – something you will see in A Midsummer Night’s Dream – and that’s what makes Shakespeare so much fun.

Tell us a little bit about A Midsummer Night's Dream.

Essentially, four young Athenian lovers escape the stuffy and restrictive echelons of the upper court and flee to an enchanted forest populated by sprites and fairies.

Unbeknownst to them, deception is afoot as Oberon, king of the fairies, attempts to play a prank on the queen, Titania. When his mischievous servant spirit, Puck, accidently administers a love potion to the wrong person, the young lovers suddenly find themselves infatuated with a different person, causing all sorts of confusion and mayhem.

Meanwhile, a troupe of mechanicals venture in to the forest to rehearse a play for the King, and they too get mixed up in the shenanigans. It’s a very funny play that should delight audiences of all ages.

Why did you choose this show in particular? What makes it a Gallery 7 show?

Being  production, I figured that we should go with Midsummer since it’s one of Shakespeare’s most well-known comedies. Audiences shouldn’t have too much problem following along. It’s also one of Shakespeare’s shorter plays, and that helps a lot given our tight rehearsal schedule and the sensibilities of a modern audience.

There’s something rather whimsical about it. More than that, though, I think the show explores some interesting family and relational dynamics and it proves that love and romance don’t come with out hiccups. Love, relationships, parents, children, romance, setting right what’s wrong…these are all important G7 themes, don’t you think?

What are you looking forward to about the show? What can audiences expect?

Our director and design team have come up with a modern concept for the show in that you’ll see actors in modern clothes. They’re also attempting to connect the themes of the play to modern times. There should also be a few surprises for audiences in terms of staging.

I think the whole experience will be very rich and rewarding for audiences, a colourful, entertaining and engaging theatre outing. A Midsummer Night’s Dream will also be a great way to celebrate the arrival of summer. I’m pretty excited for it.