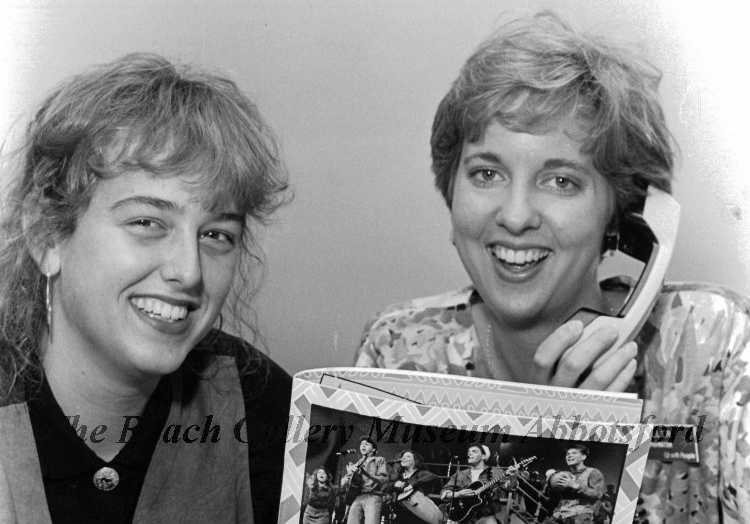 Doubt, A Parable is set in the Bronx in 1964. To help illuminate the period (and for fun!) we went digging in the online photo archives of The Reach Gallery Museum Abbotsford to see what life was like in Abbotsford in the '63-'65!

Here are our top 7 photos: 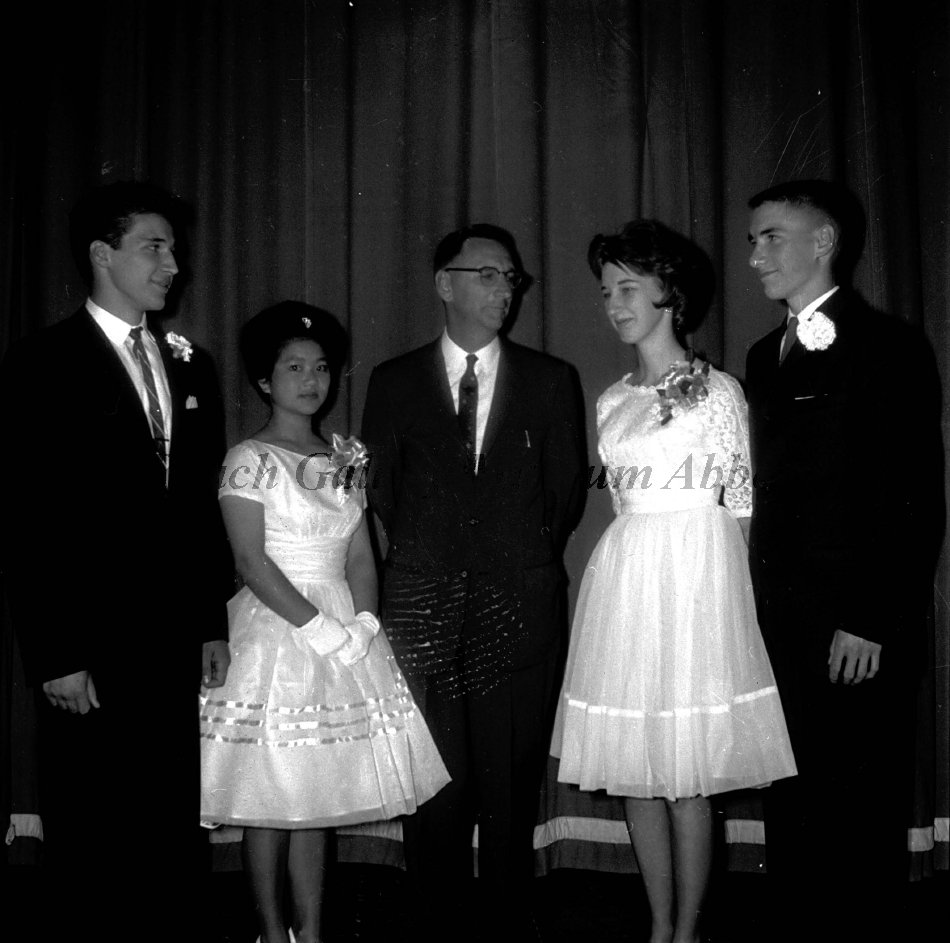 We love this photo of the Abbotsford Senior Secondary graduation from 1963. Why? Because that's where we perform, of course! 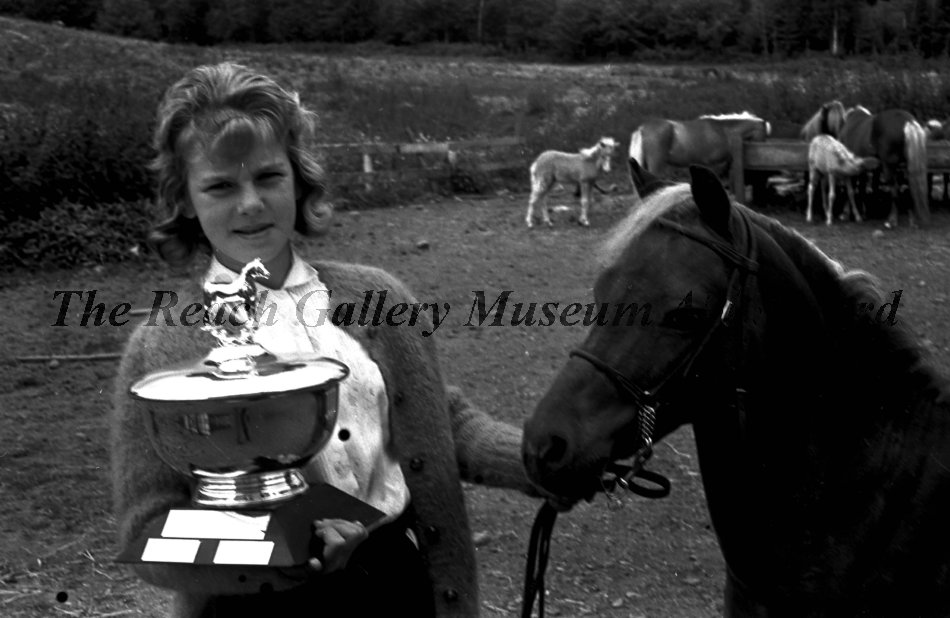 From the archive: "Proudly displaying the latest addition to her long list of prizes is Kathy Dueck, daughter of Mr and Mrs Jerry Dueck of Clearbrook. Based on the point system throughout 1964 Kathy scored highest in the Pacific Northwest, which includes five states and British Columbia. She placed third in North America. Topper's Randy, shown with Kathy, is responsible for a good share of the Dueck prizes." 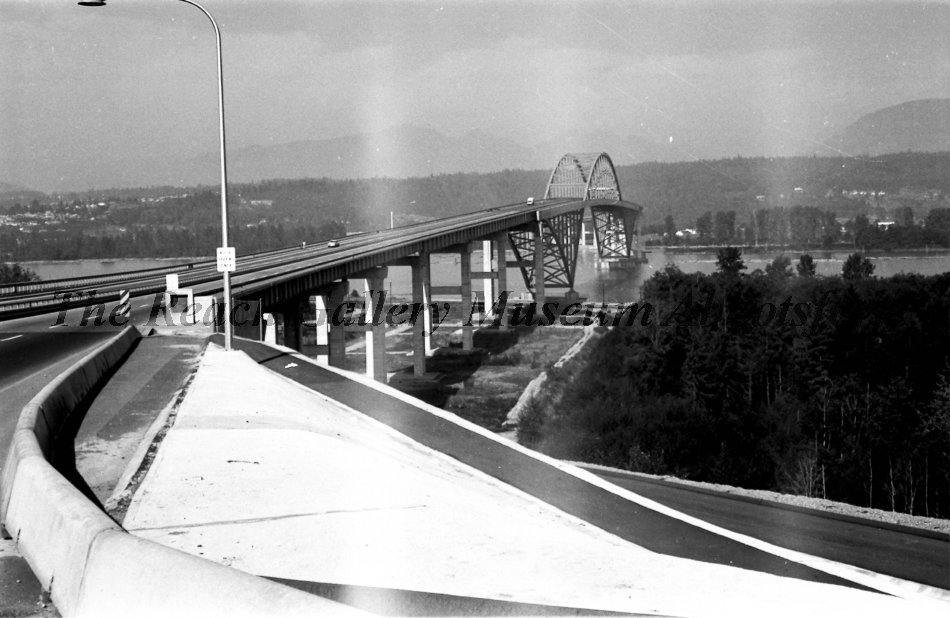 Yes, there was once a time when the Port Mann didn't cross the Fraser and the Trans-Canada didn't clog up every day at 264th.

From the archive: "The Port Mann Bridge opened to traffic in 1964 and was proclaimed by the Vancouver Sun as "the last link connecting four lanes of highway stretching from Taylor Way in West Vancouver to Bridal Falls near Chilliwack." “Time from downtown Vancouver to Abbotsford is 45 minutes,’’ The Sun reported. “Cluttered traffic from Burnaby and New Westminster are bypassed by anyone crossing the Fraser.’’ This vital link between the Fraser Valley and Lower Mainland was the longest arch-bridge in Canada and cost $25 million to build, well above the initial estimate of $17 million." 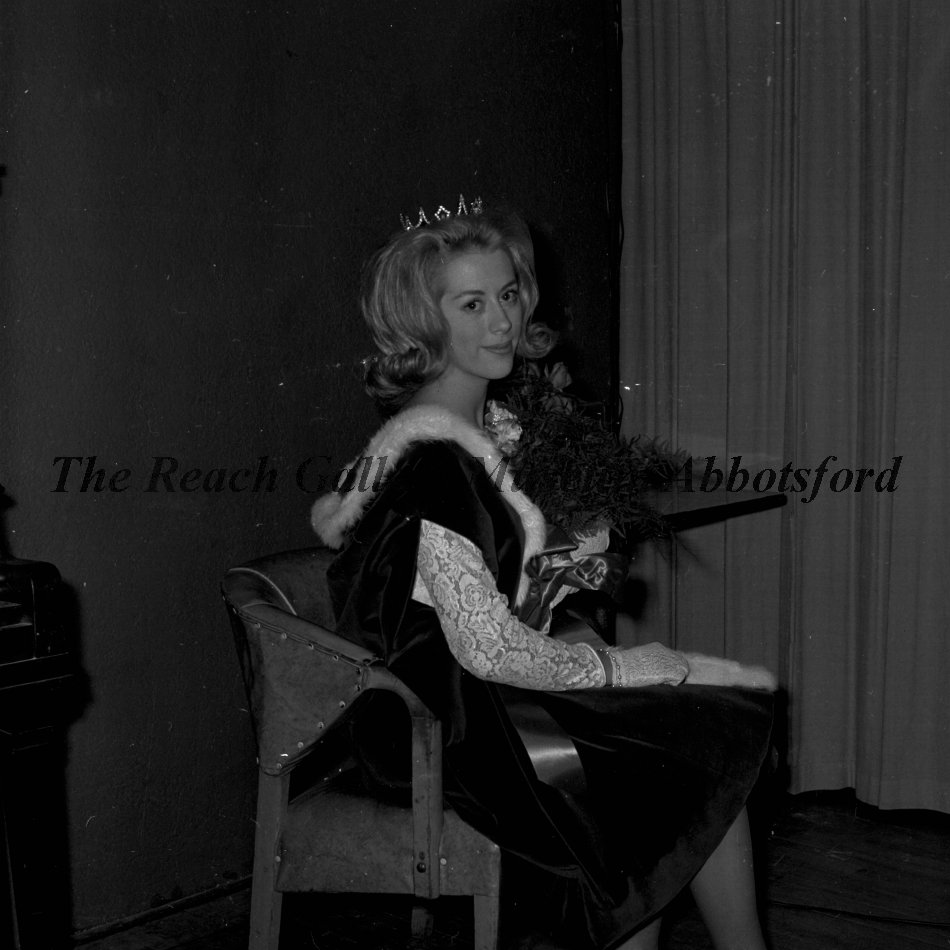 From the archive: "Patricia Whitmore to reign as Miss Abbotsford, 1965. She is the daughter of Mr and Mrs Phil Whitmore of Mouldstade Road and was sponsored in the contest by Hub Lanes. As representative of the MSA area, Pat will fly to Pendleton, Oregon, June 25 to attend the Pendleton Air Races. She will be guest of the Abbotsford Flying Club and be present at the coronation of Miss Pendleton Air Races. She will also participate in the parade and festivities of the July 1st Soap Box Derby in Mission, as well as visit the Penticton Peach Festival. Pat Whitmore will also participate in the Miss PNE contest at the Pacific National Exhibition. As part of winning the crown, the new Miss Abbotsford will receive a wardrobe of summer clothes for parties, sports, daytime and night time wear, all donated through local businesses. Expenses of the contest were also covered in part by donations. Sylvia-Dawn Smith, the 1964 Miss Abbotsford, crowed Pat during the coronation ceremony. The contest, program and dance was sponsored by the newly reactivated Abbotsford and district Junior Chamber of Commerce, the Jaycees."

#5. A barn destroyed by a windstorm 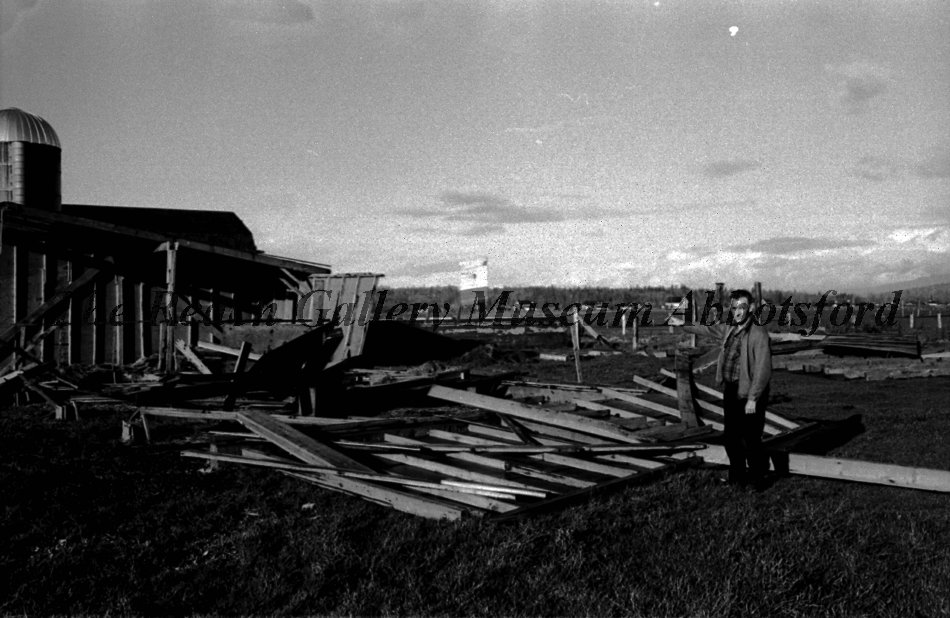 From the archive: "Loafing barn on the farm of E J Burke on Townshipline Road was demolished by storm on Friday afternoon. Barn had been built in the spring to replace a barn destroyed by fire in August of 1964. Gusts up to 68 miles per hour took the 50 by 30 foot structure right off the foundation and carried it more than 50 feet causing $3,000 damage." 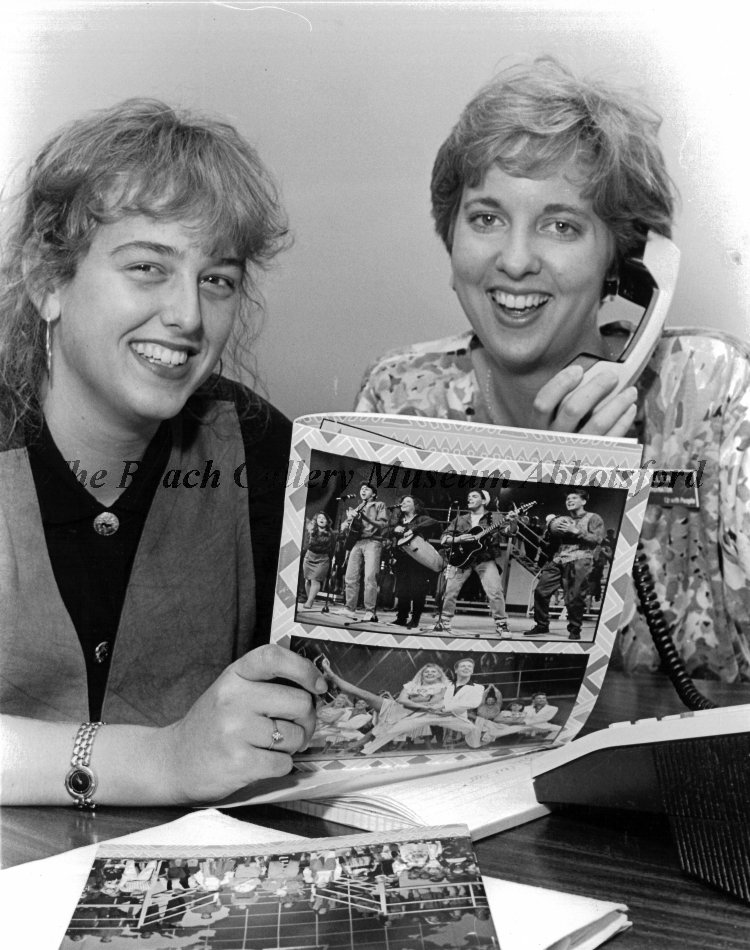 There's a long history of performing groups in Abbotsford. Here's one from 1965!

From the archive: "Natalie Schramm and Amy Stoller are in town doing advanced work for "Up With People," with an international cast of young performers. The international education organization was founded in 1965 by J. Blanton Belk. Up With People is best known for their musical performances by international casts consisting of 70–100 students from, on average, 20 countries. The main components of the Up with People program are international participants, traveling the world, host families, performing arts, community service and global education." 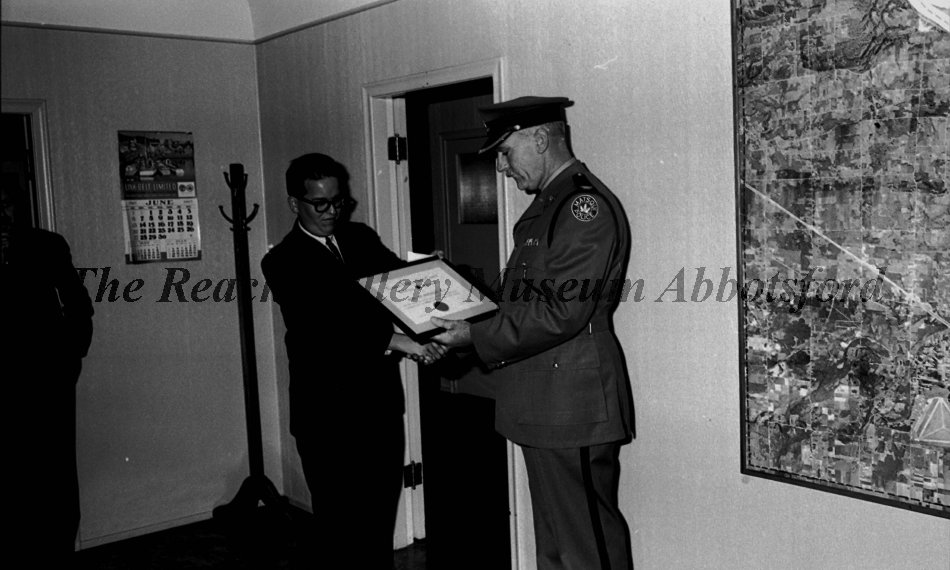 From the archive: "Chief Constable Robert Smith receives a safety award from a director of the BC Safety Council for Matsqui Municipality. Award was made Monday evening, before all members of Matsqui Municipal Police Force and the Police Commission, for fatality free road traffic in 1964."