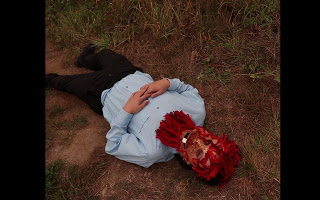 Somewhere Could be Verywhere...Especially When You're Late

Tell us a bit about the background to your piece: how did you come up with the concept, what was your process in terms of bringing it from concept to final product?

I came up with the concept as I had noticed I was always late to events, and thought about what kind of effect that could bring to others. As small as being late is, I thought about how some people being late would be the worst thing in the world so I started writing about someone who had simply always been late. Slowly the plot evolved and evolved to what it is right now. I wrote it, then I made a few quick rough storyboards, and then filmed over the course of 3 days. After filming, I had edited it, composed the music, and then created the first cut! I added a few extra things in the end, but overall, it had remained the same product.

What do you hope audience members will experience or take away from your performance?

I hope audiences come out with a good old smile on their face, and maybe even a few questions about what things meant in the film.

Anything else that you feel is vitally important for audience members to consider as they engage with your piece?

A vitally important thing to remember is to be relaxed! Hey, if the film isn't your jam that's great. The last thing I want is for someone to feel forced to watch the film. I created this somewhat out of boredom and a love for filmmaking, so I hope you enjoy it and take it for what it is.

Verywhere will be screened on October 23 & 24 as part of Abby Theatre Fest: Stage to Screen Edition. For complete details and to purchase tickets, please visit HERE.