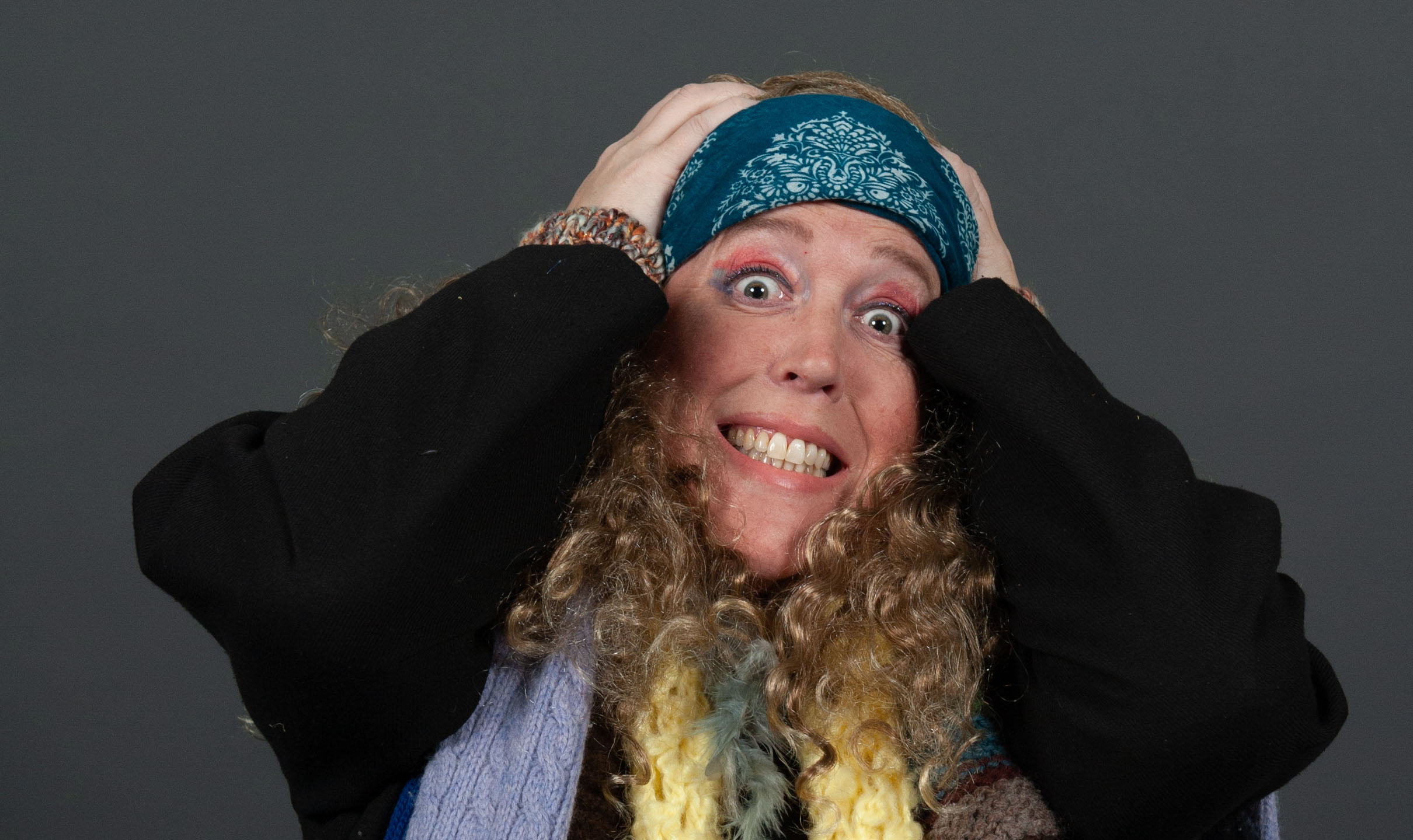 'They're Celestial Beings, I guess?' - An Interview with Cara Straforelli

Tell us a little bit about Mrs. Whatsit in A Wrinkle in Time. What do you like about your character?

The Mrs Ws are a bit hard to explain. They're celestial beings, I guess? When Mrs. Whatsit transforms into her true form we've been calling her a 'pegacentaurangel'. Mrs. Whatsit is a bit coo coo for cocopuffs, but as she says to Charles Wallace, her "intentions are good." She's the youngest of the Mrs Ws and seems to be able to communicate the best with the kids. She loves the kids and wants to do all she can to help them in this epic fight against the Darkness and to rescue their dad.  I love that she's zany and quirky, loving, but firm when she needs to be.

Tell us a little about yourself. Have G7 audiences seen you before? What's your theatre expereince up to now?

I am pretty new to acting! Last year, on a whim I auditioned for a role in the musical Two From Galilee with Theatre in the Country in Langley. I was quite shocked to get the part and even more so when I arrived at the first rehearsal and saw the scope of my character and that I'd be singing a solo! It went well though and so I looked for something closer to home as I live in Mission. Shakespeare was never really on my horizon, but Cassie, who played my daughter in the musical, convinced me I should audition for Gallery 7's A Midsummer Night's Dream. I ended up playing Peter Quince, director of the loveable band of misfits, The Mechanicals. I decided to audition for my 3rd show, A Wrinkle in Time, because I saw that Midsummer director, Kate Muchmore Woo, was directing and I love her, and because I knew there were some great female roles in the story! I was super excited to be cast as Mrs. Whatsit!

How have rehearsals been going? Any stand out moments?

Rehearsals have been intense at times. I'm a single mom with three kids and juggling everything can be a challenge! I've been super impressed by the kid actors! They're so good and so well cast! And I'm also jealous that their brains can still easily memorize all their lines.

What's your favourite moment in the show?

My favourite moment in the show is her opening scene when she just comes into the Murry's kitchen like a hurricane. The physical humour is super fun for me to do as it's pretty true to real life for me.

What are you most looking forward to the audience seeing?

I hope that lots of kids will come to the show and see themselves in Meg and be inspired by her.  We all have our faults and our own battles between good and evil, but the key is to not give up, keep fighting, keep loving. And hopefully find their own quirky Mrs. Whatsit -like character to love and mentor them along the way.

A Wrinkle in Time starts November 8 at the Abbotsford Arts Centre—get your tickets now!