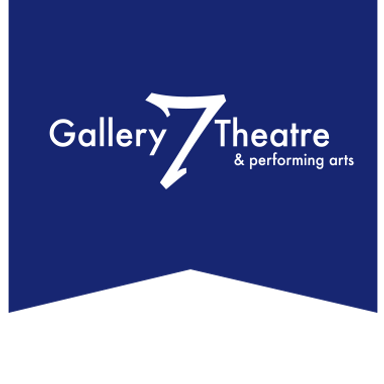 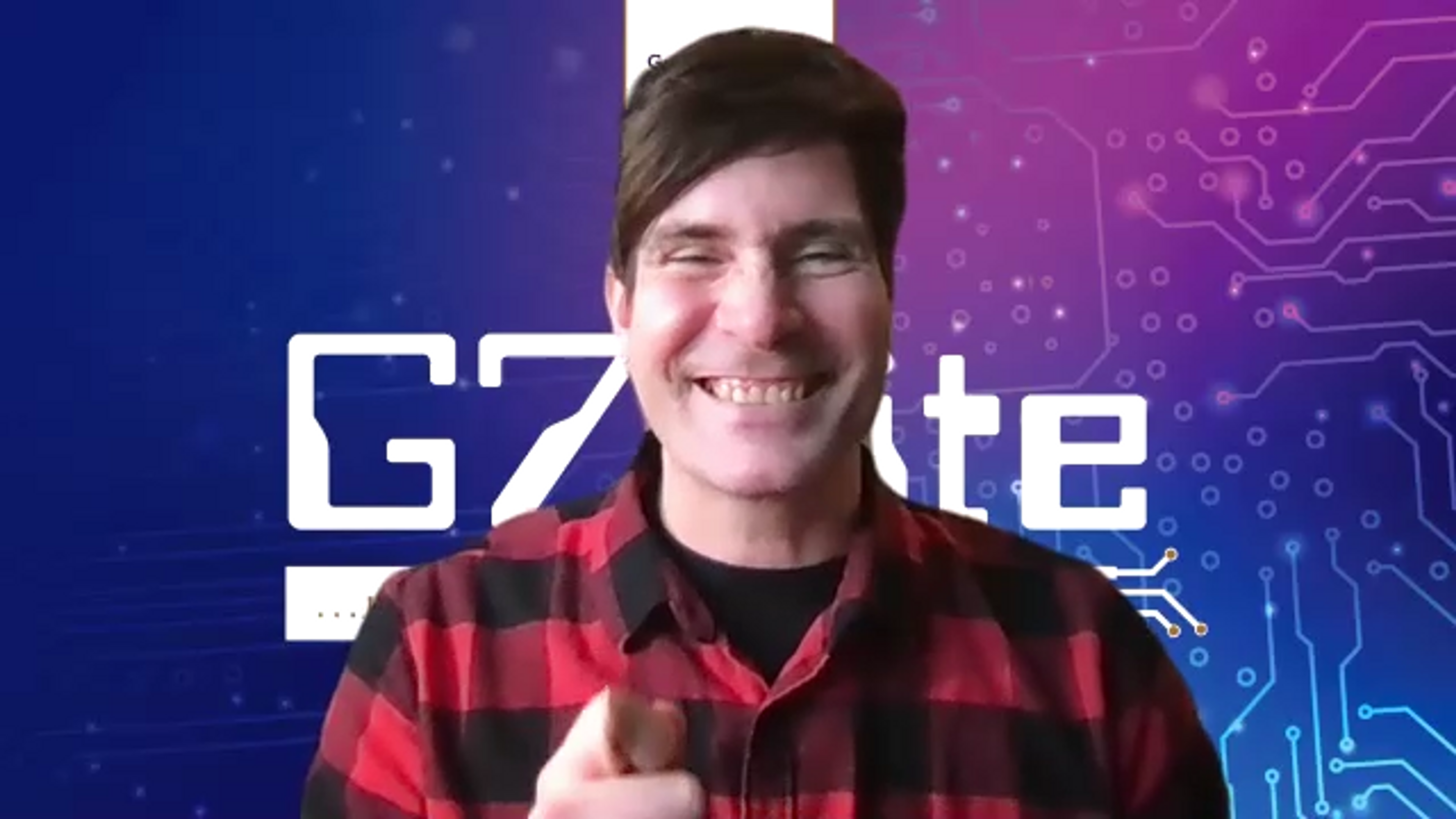 We've just launched Act 2 of our Season 29.5! There's a lot coming up. To get a full update of everything that's going on at G7 for the next few months we asked Ken to answer some questions.

1. How are things going at Gallery 7 overall?

We are alive and we are surviving, even though we're not able to hold in-person theatre productions just yet. We've just launched the second part of our G7 Lite: Service Pack 29.5 Season featuring three digital theatre productions, two of which are new works by playwrights from our region. We're also looking forward to next season and starting to put plans in place based on information we're piecing together from developments in the pandemic, government announcements and the like. We're about to open applications for our fall edition of Abby Theatre Fest: Stage to Screen Edition 2.0. We don't think we're going to be far enough into the vaccination program to be able to stage our in-person one-act play festival this fall, so we're focussing on developing and delivering a second, all-new, digital edition. This year's festival will be open to all visual and performing artists, filmmakers, poets, story-tellers...basically, anyone who wants to share their artistic work through video will be invited to submit their creative ideas. We're also looking forward to launching some other digital content in the coming weeks that I think people will enjoy, plus we're taking care of all the other things that need to be taken care of to keep the theatre functional. I have to say I am very thankful for government emergency support, our dedicated staff and board of directors, our incredibly generous donors and our hard-working & very patient volunteers for their help in keeping this theatre operational, albeit in a scaled-back fashion. We're all trying to make the most of the current situation as we continue producing theatre for the heart, soul and mind.

2. Tell us a little bit about the three shows that have been chosen and what you're looking forward to in Act 2.

First and foremost, I'm super excited that the two plays we're doing are original works by local playwrights. One of the silver linings with the shutdown is that we've been given an opportunity to pursue the development of new work by local playwrights, something I've been wanting to do for quite some time. The development of new work takes time: the writer has to actually get their ideas out of their head and on to paper in a draft script that they are happy with, we workshop the play through table reads, we compile the feedback from the artists and other professionals who have either read the play or have participated in the table reads and pass them along to the playwright, we give time for the playwright to make edits and changes, and we produce a final rehearsal script. That rehearsal script may still be subject to further edits and changes, which we hope to get done early in the process so the actors in the show can memorize their lines and perfect their performances in time for opening. I'm really looking forward to seeing these new works get their premier public performance during Act 2.

Our first show was written by Gabe Kirkley and is adapted from Antoine de Saint-Exupery's novella, The Little Prince. It tells the story of a little prince who travels the cosmos and learns important lessons about freedom, imagination, friendship and love. The second show will be a virtual rendition of our annual Panic Squad show. This will be a fun, interactive experience where audiences will be able to submit ideas prior to the show. The performers will then use those ideas during the broadcast, which will be live-streamed from a stage in Washington state. We think this is quite an innovative way of doing comedy improv and should generate lots of laughter from the comfort of our sofas and lounge chairs. The final production is an original play by Abbotsford playwright, Shelly Picard. She wrote this play in the latter half of 2020 so it's fresh off the computer hard drive. It tells the story of two unlikely room-mates who through their getting to know each other, end up spurring each other on to pursue who they are truly meant to be and do. It's funny, warm-hearted and thought-provoking. I'm really looking forward to all of it as we're doubling down on creating quality digital theatre offerings while pursuing another of our artistic goals: the development of new work. All the while, we're telling the kinds of stories our audiences have come to expect from us.

3. For the two full productions, how will Act 2 be different than the shows that we produced in the Fall?

In the fall, we were producing what was essentially reader's theatre versions or dramatic readings of the plays we selected. We'll be taking some of the key format elements of those productions and applying similar principles to the new shows, but one of the big things you'll notice is that the new shows will feature fully realized performances, including memorized lines, by the actors. We'll also be pre-recording the plays and integrating all the technical elements in post-production so we have more control over how those technical elements look and sound.

So, while the new shows will look similar to what we did in the fall, we'll be taking all the feedback we heard and the lessons we learned to really up the overall video and technical quality of the shows. The shows will also be available in two formats: 'on demand' where you can order and watch the recording at your leisure, or via a live-streamed screening event complete with real-time audience interaction and a post-show chat with the artists. It's all still theatre, but in a digitized format if you will, and in accordance with COVID safety protocols.

4. What's in the works for Panic Squad? How do you produce improv online?

I'm really excited about what we have in store for the Panic Squad show. The performance will actually be live-streamed from a church stage in Bellingham, but audiences will be watching from their homes. The performance will start at 7:30 PM but audiences will be encouraged to 'arrive' at the virtual theatre early so they can answer a bunch of questions the Squad has prepared beforehand. The answers people provide will then be used as ideas for the various improv games the team will perform throughout the evening. The team will have no idea what the answers are ahead of time. They will select the best answer in real-time and then make up the scenes right in front of you, just like they do at an 'in-person' event. Due to COVID, we'll have two players this time around, and proper COVID safety protocols will be in place for the performers. We want to have fun, but we also want to be responsible and safe! We're making some history here as we try to innovate and adapt during these challenging times and as far as I know, ours will be one of the first times, if not THE first time, the Panic Squad has done a virtual comedy improv show like this. I also know that the Panic Squad has recruited folks who really understand video broadcast equipment so we're in for a quality experience.

5. Why should people subscribe to see all three shows and what can they expect to see?

People should subscribe to all three shows because you'll save money over purchasing tickets to individual shows, but more importantly, you'll gain access to three unique digital theatre experiences that feature regional artists telling stories for the heart, soul and mind. With a subscription, you will see a series of shows that are totally within Gallery 7 Theatre's wheelhouse: stories that explore the spiritual, relational and social aspects of our human experience with a vision towards hope, reconciliation and redemption. A subscription also helps keep the arts and culture flame burning bright, and you'll be experiencing stories that inspire, encourage, and provoke thought. You'll see shows produced in accordance with COVID safety protocols and you'll see shows that bring some light and hope into this world. And isn't that what we need most right now?